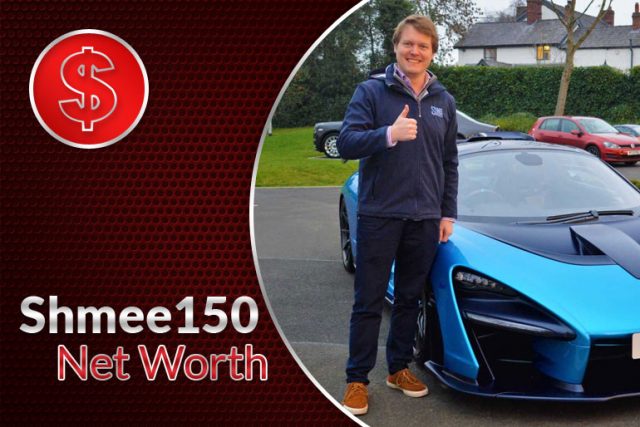 Tim Burton, professionally known as Shmee150 or Shmee, is a London-based British car vlogger and YouTuber. His YouTube channel has 2.4 million subscribers as of 2022. He reviews exotic cars on his YouTube channel while traveling. He also shares videos of maintaining and using his car collection.

Burton left school at the age of 18 when he passed his A-Levels around 2005. Before car vlogging, he had an electronics web store. Later on, Burton sold the store to become a ski instructor in New Zealand. Then, after an injury, he returned back to the UK. Burton started to study again but stopped a few weeks later. Afterward, he got a job as a technology team member at an investment consultancy firm in London.

In 2008 as a hobby, he started posting pictures of exceptional cars that he spotted on Facebook and other online forums. In January 2010, Burton uploaded his first video on his YouTube channel, Shmee150. He made a video on two supercars at a Top Gear event. He did not appear in the video personally.

He started slowly but continued to grow over time. It caused him to leave his other job a few years later. In 2016, he wrote a book about his trips and experiences called Living the Supercar Dream, published by Blink Publishing. He also started his car collection. Renault Clio was the first car he has ever owned.

Aston Martin Vantage was his first sports car ever. He has owned many other cars such as McLarens, Aston Martin, a Ferrari FF, a Porsche 911 GT3, a classic Mini, and a Morgan 3-Wheeler. Currently, his car fleet consists of about ten cars; amongst them are a Ford GT, McLarenSenna, an Aston Martin Vantage GT8, a Mercedes-Benz SLS AMG Black Series, a Porsche Taycan Turbo S, and a McLaren 675LT Spider.

Burton’s YouTube channel has 2.28 million subscribers, with an around 95% male audience who are mainly between 25 and 45. Primarily he earns through ads on YouTube and from other social media platforms. He also makes profits through merchandise, sponsorships, and consultancy for car brands.

He uploads several videos per week about using and maintaining his car fleet, road trips, and travels. His road trips cover visits to press launches, unique and rare cars, and other car collections. 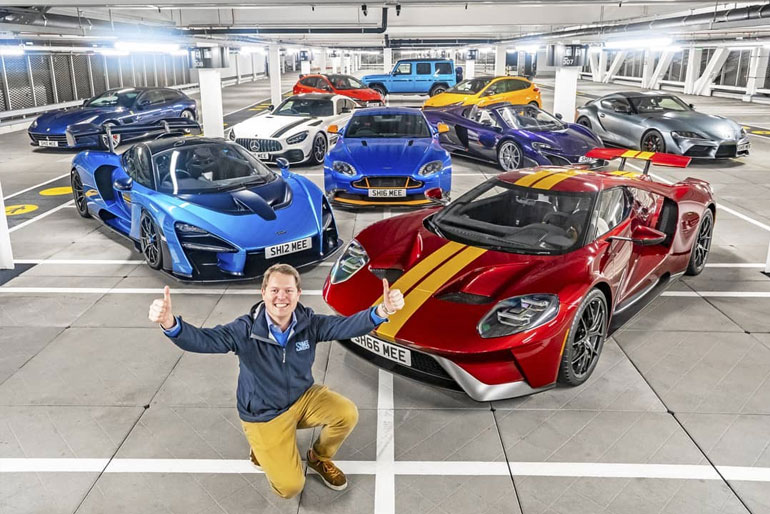 Burton has a girlfriend name is puppi150. He does not have any children. He lives mainly in London and part-time in Frankfurt, Germany.

Back in the days when the internet dial-up speed was merely 28k, Tim Burton, at the age of 9-10 years only, started using Shmee for websites. Since then, the name Shmee has stuck and has stayed with him around websites, online computer games, and all sorts.

Later he added the 150 when he discovered that shmee was already in use. However, the name has not changed to date as it has become a signature of the Tim Burton brand.

With millions of followers and views on social media, he earns millions from AdSense, paid advertisements, sponsored vlogs, and tutorials, selling merch online, among many other sources. Tim Burton’s net worth is estimated to be around $18 million. With such enthusiasm for cars and hard work, he deserves to be a millionaire.

The “Shmeemobile” is a credible and well-known name in the automotive world. It is recognized as the personal form of transportation of Tim Burton across Europe and to all the events he attends. The shmeemobile cars are the backbone of the brand. These cars are a regular feature in Shmee150 videos.

Below are Burton’s cars that he has owned in his life from his first car, aged 17, a Renault Clio 1.2 till date. The ShmeeFleet also has long-term loan cars from manufacturers that Burton does not officially own.

Tim Burton is a car-enthusiast. His work covers supercar lifestyle, vlogs, and shoots about his travels, car events, car showcases, motor shows, and international rallies. With a massive fan following, Burton has become well-known and a great name.

In addition, his honest reviews about automobiles and cars have earned him a great fortune. And this is just the beginning for Tim Burton.