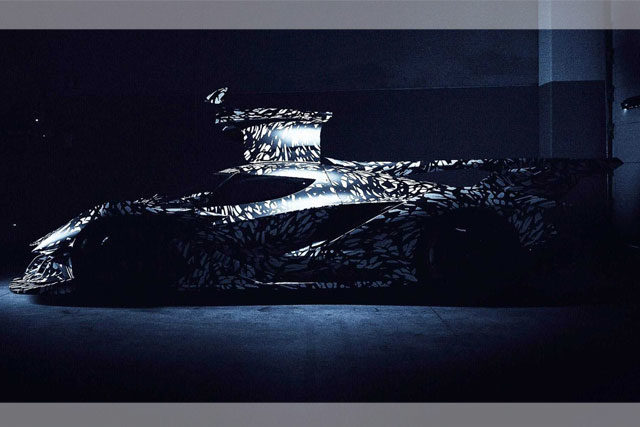 Today is the date when the Geneva Motor Show starts, and auto-companies have revealed their teasers to create more hype. The latest teaser is by Apollo’s IE (Intensa Emozione) in which a shadowy version is shown, and it’s already ready for racing.

Although the teaser has come right in time, but it is very much in shadowy and camouflaged. Few things are clear like the front Splinter design is very much like the racer version, but rear wings are different, to be honest. They are larger, and they are attracting the publicity as well.

Although the company has shown no hint as to what the special specs will be,we are totally on with guessing. Our guess is with the V12 as the racer will be speedy. The EI will feature 6.3-liter V12 which will be able to produce 780 horsepower while the torque will be nearly 560pound feet.

According to the company, only 10 such outstanding examples will be made, and their price will be equal to $ 2.6 million. Let’s hope for a better version.