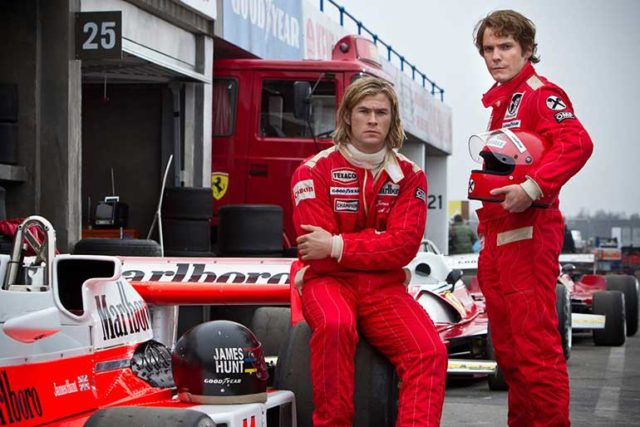 Hollywood is always on the lookout for new ideas, and we think one of those should be a Formula 1 drama – not a biopic or a documentary, but a fictional, feature-length sports film. And while it would be easy to pine for a film like this as an enthusiast of any and all things related to cars, there are actually several specific reasons the idea makes good sense.

I mentioned that this shouldn’t be a biopic or a documentary in part because I think F1 is fertile ground for an invented story, but also because films of those kinds already exist. Senna (a 2010 film about the Brazilian champion AyrtonSenna) is perhaps one of the best sports documentaries of the 21st century; Rush (a dueling biopic on F1 stars James Hunt and NikiLauda) earned a Golden Globe nomination for Best Drama. And now, Christian Bale and Matt Damon are set to start in Ford vs. Ferrari, which is not about Formula 1 specifically but which once again attaches star actors to auto racing. The missing piece is a fictional F1 film, and the success of projects like Senna and Rush indicate that there’s significant appetite for this general sort of subject matter.

The World’s Best Racing Franchise Is No Longer That

While it’s always been a far cry from Formula 1, or any organized professional racing league, the Fast & Furious series has been the world’s most popular racing franchise essentially for two decades. Originally focusing heavily on street racing culture, it’s maintained some ties to its roots even as it’s gotten bigger (and played with bigger budgets). With the last few films in the series having turned into globe-trotting, over-the-top action flicks, however, and John Cena ready to join up, it’s clear that this is no longer a series that’s at all about racing or driving. It’s closer to Mission: Impossible or The Expendables at this point, which leaves some room for a film or series that’s largely about racing cars.

F1 Has A Massive Worldwide Fan Base

Formula 1 may not have a huge place in the American sports market (which Hollywood naturally focuses on most often), and it doesn’t have the international renown as soccer. However, it’s a sport that travels the whole world, with international competitors and teams, and thus one with a massive, global fan base. You can attend an F1 race anywhere from the U.S., to the Mediterranean, to Australia. F1 has a place in U.S. bookie markets despite not being one of America’s “major” sports. And streaming options are only bringing more people into the fold. Between all of this – international events, online betting, streaming, etc. – F1 has become a huge attraction. That means there’s a significant built-in audience for a potential film. (Rush, for what it’s wroth, made $90 million worldwide on a $38 million budget.)

Hollywood Can Do What It Does Best

Finally, a Formula 1 drama would also allow Hollywood to play to some of its biggest strengths: star power, beautiful sets, and product placement. A-list actors could be featured prominently (as Bale and Damon will be in Ford vs. Ferrari), and sell tickets; racing circuits in glamorous places like Singapore and Monte-Carlo would make for gorgeous sets; and product placement – even if we’re talking about invented sponsorships for drivers and their cars – could pay for a significant chunk of production.

Considering all of the above, this seems like a film that would be easy to make, and likely to succeed – as well as one that would be a blast for car enthusiasts.