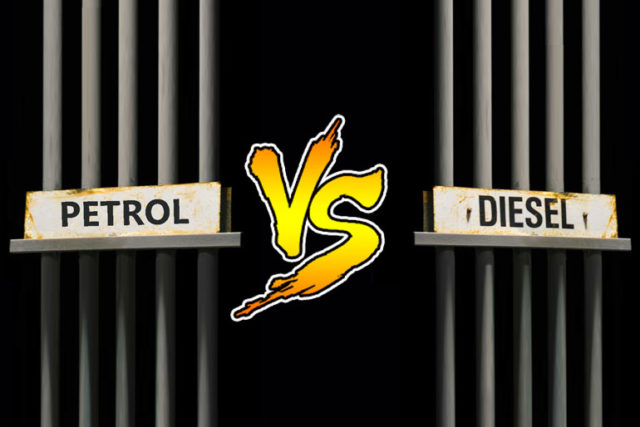 When you buy a car, the initial decision you have to make is that if you want gasoline or a diesel power car. The decision varies from person to person, and in which type of area he lives.

If you are a local driver and drive in short distances, petrol is excellent for you, but if you drive in long lengths, diesel might be a better option for you. Diesel engines only compress air; it has a high compression ratio without the danger of self-ignition.

In petrol engines, the mixture cannot be raised to a high compression ratio since it is at high risk of self-ignition. A diesel engine gives more mileage as compared to the petrol engine. Hence it is economically better.

Difference Between Petrol and Diesel

In 1998 the EU said that diesel is more environmentally friendly. It contains more carbon, but carbon dioxide (CO2) emissions are lower. Diesel engines produce a high level of NOx, which harmful to our health. Gasoline fuel is lighter than diesel fuel because diesel has large molecules.

Essential Points for Both Engines

Here are some basic points and the main difference between petrol and diesel engines.

How Do A Petrol Engine Works

When a piston goes down, it pulls some air with it. Fuel injects in the cylinder, which creates an air-fuel mixture.

The piston goes up and compresses the air fuel-mixture increasing its temperature with it. To create a spark, we use a spark plug that ignites the air-fuel mixture before it reaches the top of the cylinder.

The next stroke is the exhaust stroke, which pushes these burnt gases out of the cylinder.

How Do A Diesel Engine Works

The beginning process is almost the same as the petrol engine. The piston goes down and pulls in the air with it, but the fuel does not inject at this moment.

When the piston goes back up, it compresses the air with to very high temperature. A fine spray of diesel fuel injects in the cylinder and mixed with highly compressed super-heated air before the piston reaches the top.

As the flashpoint of diesel is high, it starts to burn and release an enormous amount of gas, which is ejected back into the air by exhaust stroke. The main difference between their working is that diesel engines do not use a spark plug, and petrol engines do use them.

Which Fuel Type you Should Choose

Which fuel is better? Well, the answer to that depends upon you. There was a time that people used to criticize diesel cars because they were noisier, smaller, and more expensive as compared to petrol cars. But diesel cars have worked on these problems over the past few years.

There are many different characteristics of cars and the fuel they use that make them suitable for a variety of uses. Here are some pros and cons.

The petrol is less volatile, so putting diesel in a petrol engine will not even combust. It will be a weak mixture, and the spark plug will not be able to ignite it.

On the other hand, if you put petrol in a diesel engine, it will cause detonations and the wearing of parts. These detonations will damage the engine parts.

The talks are that diesel and petrol cars will get banned around the years 2035 to 2040, which means the future of vehicles is electric or some different kind of fuel.

Technology is advancing so rapidly that many vehicles are being made that uses alternative energy than petrol and diesel.

Many alternatives are there with hybrid, electric, hydrogen fuel cell vehicles, and there is a fact that soon these types of cars are going to be used.

Petrol engines tend to give a smooth and sportier drive while diesel engines provide a low ride and fast-paced experience.

Petrol cars and Diesel cars both have their pros and cons; ultimately, you will buy the type of car which perfectly suits your condition. So whether you like diesel cars or petrol cars, the choice of which one to buy solely depends upon you.