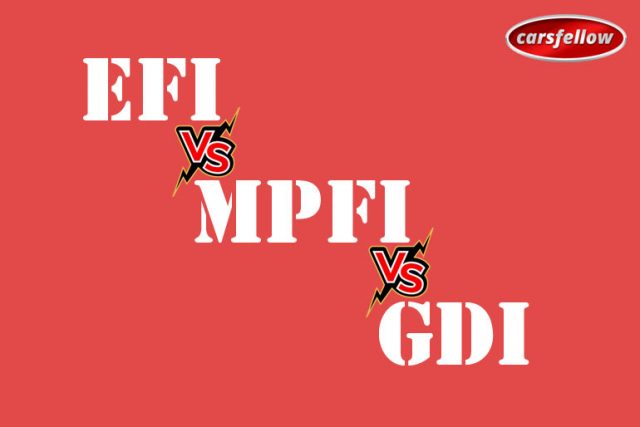 Here we will discuss the features and functioning of EFI, MPFI, and GDI and which one is better for you.

What is Electronic Fuel Injection Technology?

In the 1970s, most of the manufacturers were using a carburetor that mixes the fuel with air. S People started using the catalytic converters to minimize the engine emissions since the strict policies have been implanted that were causing the harms in the pollutions.

Catalytic converters were placed to the exhaust in the vehicle, and it was witnessed that it only worked well in certain conditions as it gets to damage due to rich mixtures. It was observed that the old school carburetor having a rough time working to its maximum capacity as fuel was inadequately delivered to the catalytic converter. And then, Electronic fuel injection – EFI technology came into the market to overcome the performance issues of petrol engines.

Electronic control unit – ECU is placed in the electronic fuel injection to deliver adequate fuel pressure, various sensors, and fuel injectors. Fuel injectors and multiple types of sensors vary due to the system’s complexity, the number of cylinders, and the engine’s configuration. With the help of intake and exhaust, these sensors in the machine provide the information to the ECU of air and water temperature, shaft and crank position, throttle position, and gas composition. 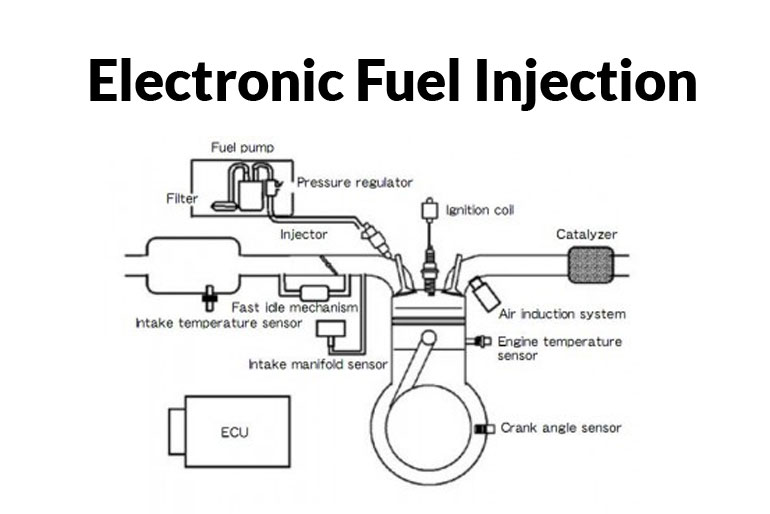 Measuring airflow is an important aspect of the engine, and it can be gauged by a pressure sensor or mass airflow sensor. ECU has a task to evaluate the data received and matches it with the available data table, referred to as a “MAP.” It will show the fuel needed in a particular situation and adjust the fuel supply using the injectors according to the requirement.

The Carburetor seems to struggle with fine-tuning the mixture for the load and conditions on various occasions. At the same time, EFI does this job efficiently on the other hand. One fuel injector is mostly for the single cylinder and positioned in the inlet runners, leading to the cylinder.

It sprays a small amount of fuel through the nozzle to create a spark, and it is easily mixed with air in the intake. Most of the ECUs control the other parts of the engine, including the valve train and ignition system, to improve efficiency, performance, and drivability.

MPFi system was initially only manufactured for airplane engines. Currently, it is being used in commercial vehicles as well. It is known as the most advanced gasoline injection system in the automobile industry. 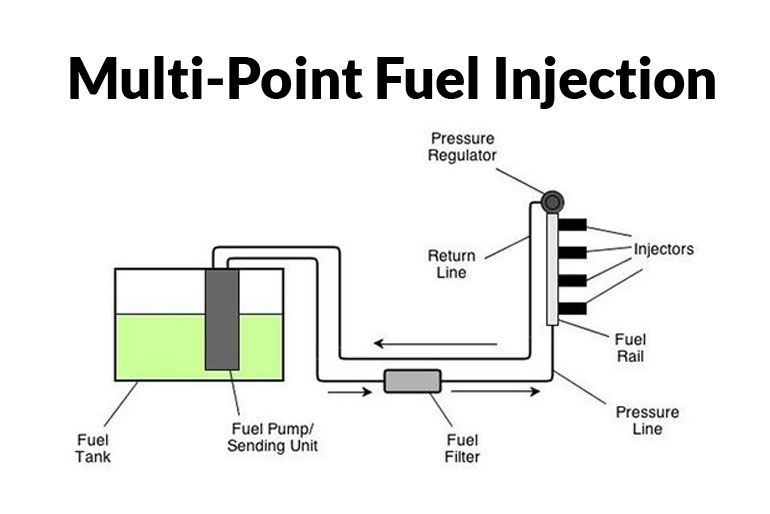 In the MPFI system, an electronic fuel pump sprays the fuel into the engine intake manifold to deliver an accurate air/fuel ratio. Engine sprays the fuel to the cylinder with the help of suctions pressure (Vacuum technique is used to provide fuel in Carburetor). Each of the fuel injectors receives the fuel equally by using the electric fuel pump, and this process happens for each injector once in every cycle.

Following are the components used in the MPFI system 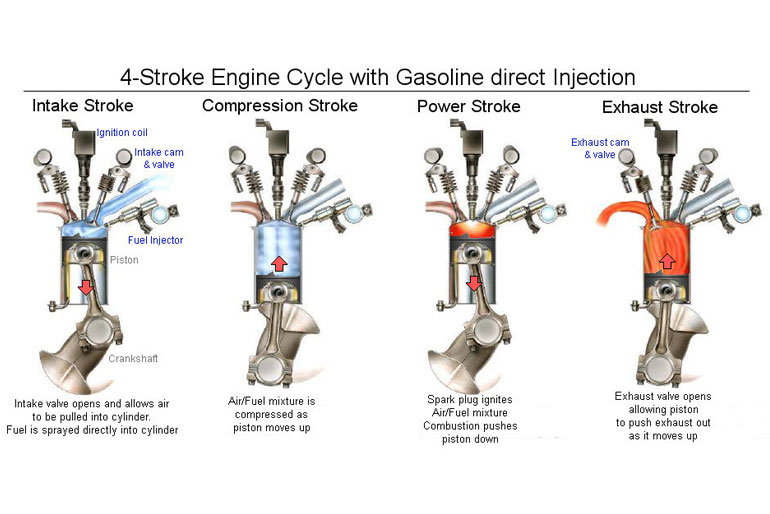 Conventional fuel injections lack many benefits, but GDI engines cater to all those nitty-gritty. GDI can pull more power even from the smaller engine. At the same time, it reduces the emissions of chemicals and improves fuel efficiency.

Another great feature is available in modern gasoline that it comes up with a pack of detergents and plays an important part in washing the exhaust and intake valves. Minor amounts of dirt from intake and throwback carbon bulk on the intake walls by GDI engines directly. With time, carbon bulk up restricts airflow to the cylinders, and the aid of torque and fuel economy is compromised, which is the key in the GDI system in the first place.

Here, we have discussed the differences and features of EFI, MPFI, and GDI engines. EFI sensors in the engine work on intake and exhaust-related information to the ECU of air and water temperature, shaft and crank position, throttle position, and gas composition. In contrast, MPFI injection is a method to inject fuel into an internal engine via multiple ports located on the intake valve of every cylinder.

GDI engine is commonly used in all the latest vehicles. It helps a common fuel line to inject gasoline at pretty high pressure into the combustion chamber of every cylinder.