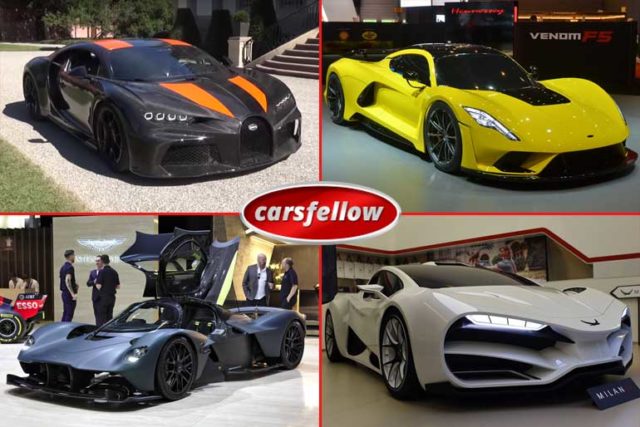 Whenever you look at a car, the first question that always pops up in your mind is, “How fast can it go?”.

Everything matters the look, the class, and the features but, the speed outruns them all. A fast car provides a fantastic adrenaline rush and a thrill. From being featured in racing games to real racing, fast cars are very famous and are loved by all.

We picked some of the top fastest cars in the world and created this article for you to read and enjoy. The hypercar companies keep releasing hypercars, and they are competing against each other to create the fastest car.

Here are the cars that we picked for our list 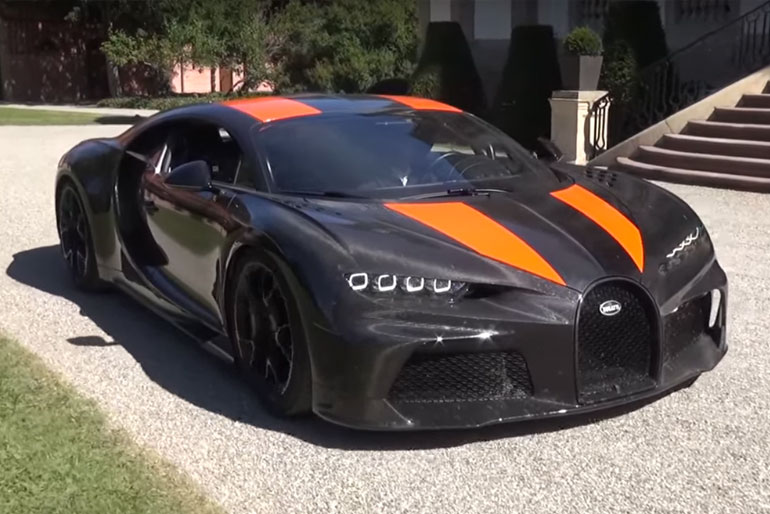 At number 1, we have the Bugatti Chiron Super Sport 300+. It is the fastest car in the world right now and can hit speeds up to 300 mph and more. It is 1600 horsepower beast and is a record-breaker. 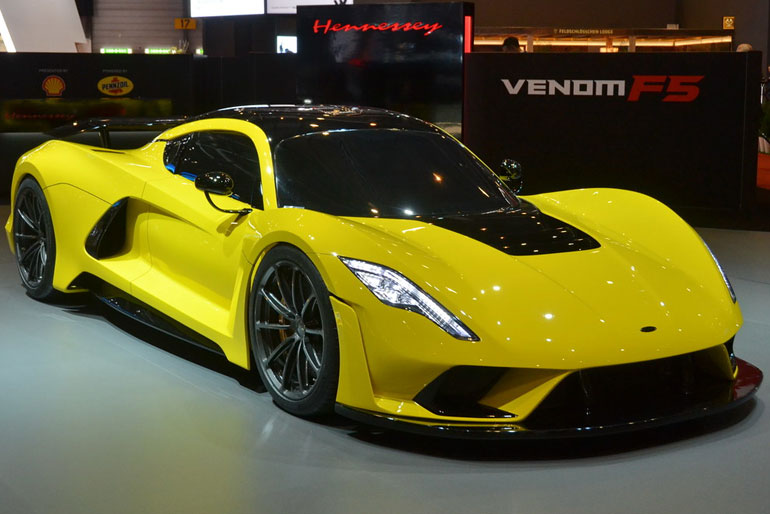 The Hennessey Venom F5 is a car that defies the laws of physics. It is a 1600 horsepower car with a 7.4-liter dual turbo v8 engine. It can hit 0 to 240 mph in less than 30 seconds. There is no official record of the Hennessey Venom F5’s top speed, which is why it is not in the Guinness book of world records. The Venom F5 also has a carbon fiber speed chassis. 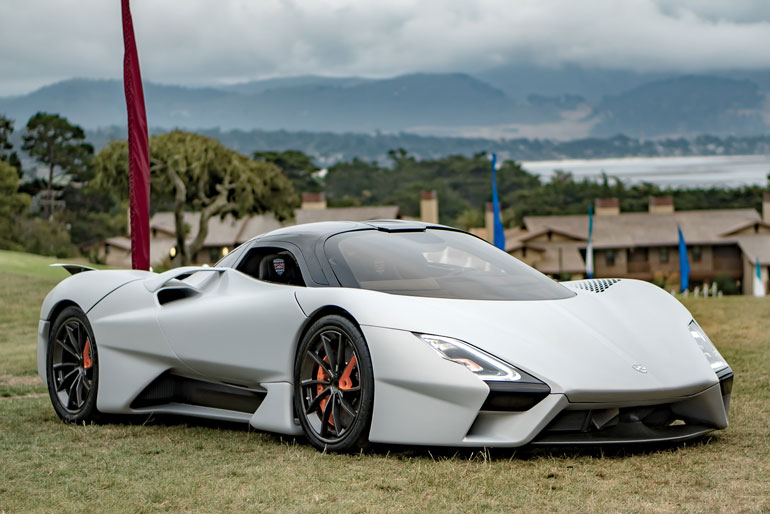 Shelby introduced the Tuatara as a successor to the Ultimate Aero, and it is a force to be reckoned with. This monster of a car supports a 5.9 liter supercharged V8.

It provides 1750 hp on E85 Ethanol and features a more compact and aerodynamic design than most of its competitors. The SSC Tuatara had limited production, and Shelby only manufactured a 100 of these cars. 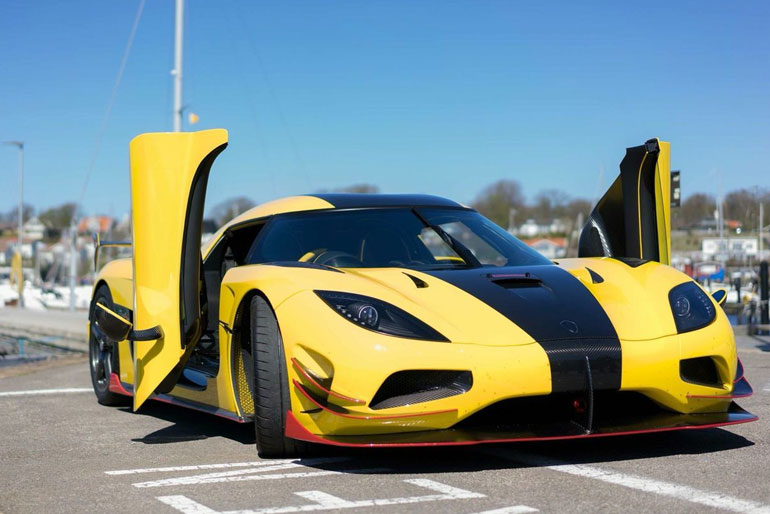 The Koenigsegg Agera RS is considered the king of speed and the fastest car ever to hit the road. The Agera has a fluid aerodynamic body with a beautiful streamlined design.

The vehicle provides some of the best road traction and offers a really smooth and stable drive. The Koenigsegg Agera RS has set an official record of 284.55 mph over an 11-mile stretch. 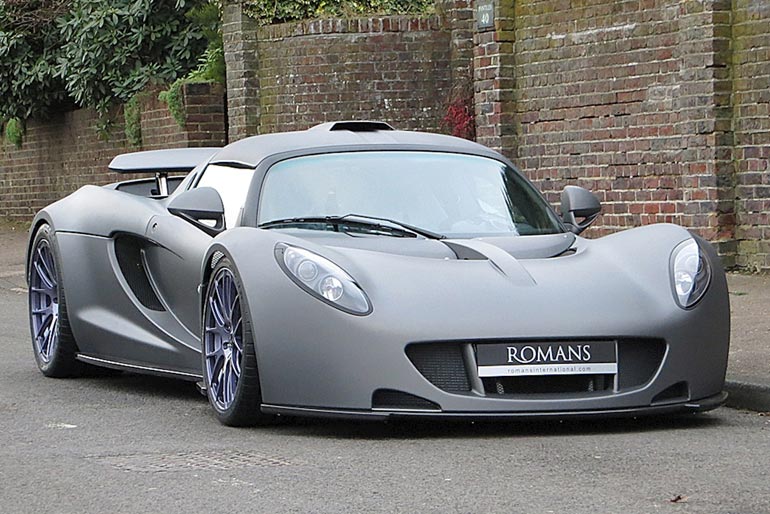 The Hennessey Venom GT was never recognized as the world’s fastest car, but that doesn’t mean it isn’t fast. It is a very speedy and powerful vehicle. In 2014, they recorded an official top speed of 270 mph in a straight line.

When the Bugatti Veyron came out, it was a game-changer. The Veyron featured a quad-turbocharged W16 engine and was capable of producing 1000 horsepower.

It is one of the first hypercars to achieve this status, but sadly it was soon dethroned by the SSC Ultimate Aero. Bugatti made a  comeback and introduced the Bugatti Veyron supersport, which had a few design changes and was able to produce 1200 hp.

The Veyron supersport has an official top speed of 254 mph. It was recognized as the second-fastest car in the world. 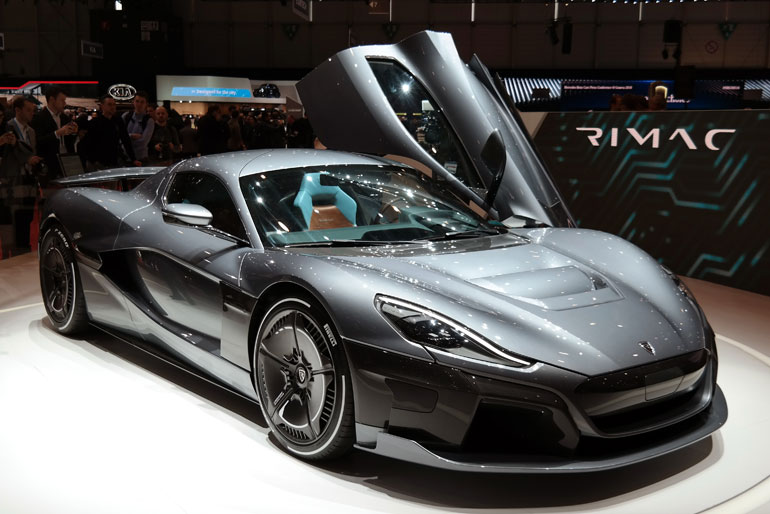 The Rimac Concept Two is the much faster successor to the Rimac one. The car has not yet been released, but the company claims that it will be able to produce almost 2000 hp which, will allow it to hit 0 to 60 in an impressive 1.85 seconds and, the claimed top speed is 258 mph. This car will also have limited production and will hit the roads in mid-2020. 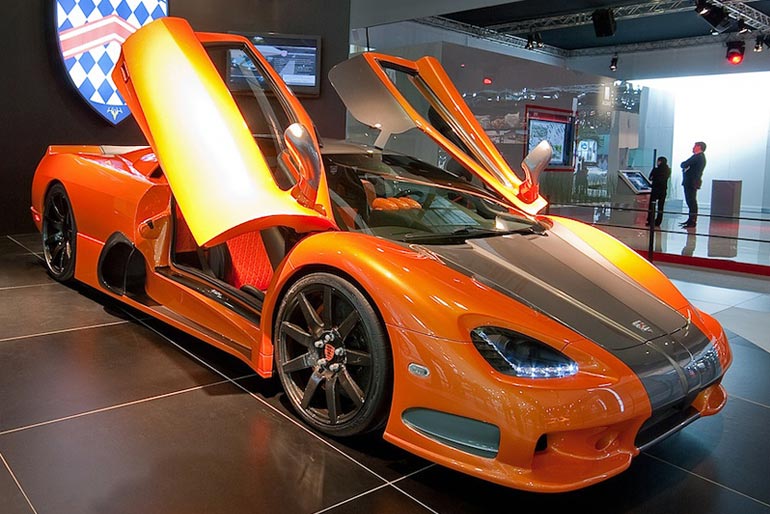 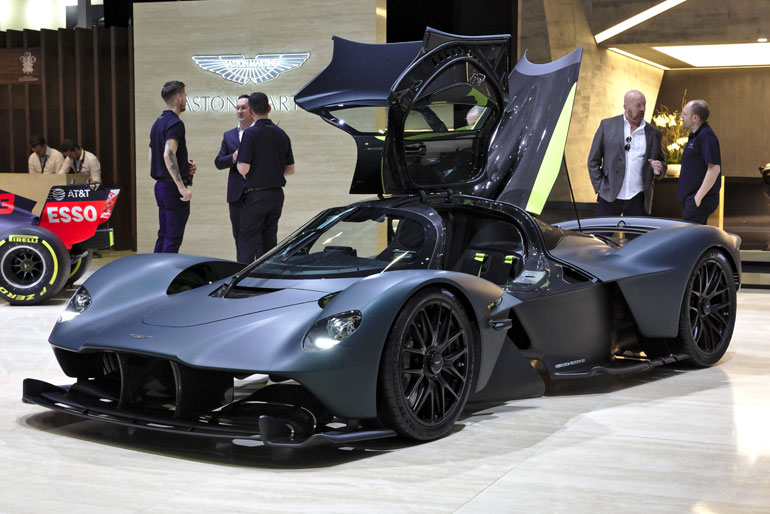 Redbull and Aston Martin teamed up and manufactured a car that utilizes a formula 1 paddock and features a hybrid powertrain. There is no official record of the Valkyrie, but the company claims that it will hit a top speed of 250 mph.

The car has a compact and sleek design with a mid-mounted 6.5-liter V12 engine, which will have the ability to provide 900 hp. 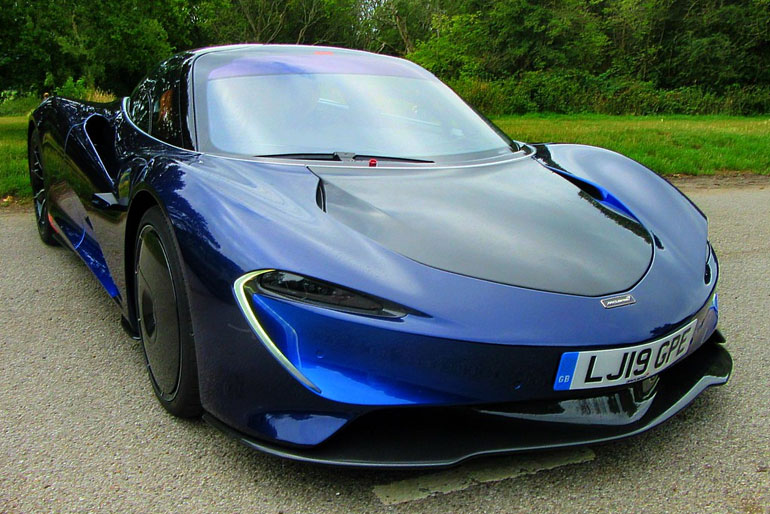 This car will also have limited production and will hit the tracks in 2020. Sadly, the car isn’t legal in the united states and can only be allowed in exhibitions for display. 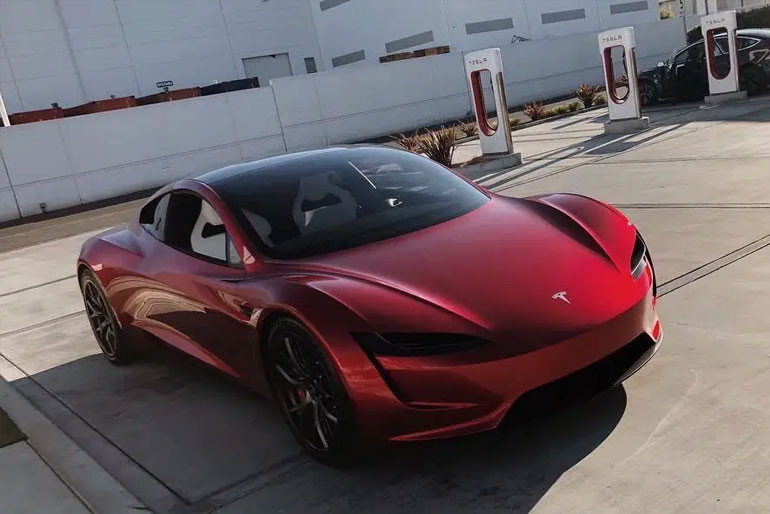 The Tesla Roadster is the car that put Tesla on the map. The vehicle has unrealistic stats and has tremendous power. It can hit 0 to 60 in 1.6 seconds. Elon Musk, the owner of Tesla, claimed that the Tesla Roadster can achieve a top speed of 250 mph without breaking a sweat.

These numbers are yet to be confirmed, but Tesla has never disappointed and has always delivered what it claimed. The roadster will get its strength from a 200 kWh battery. 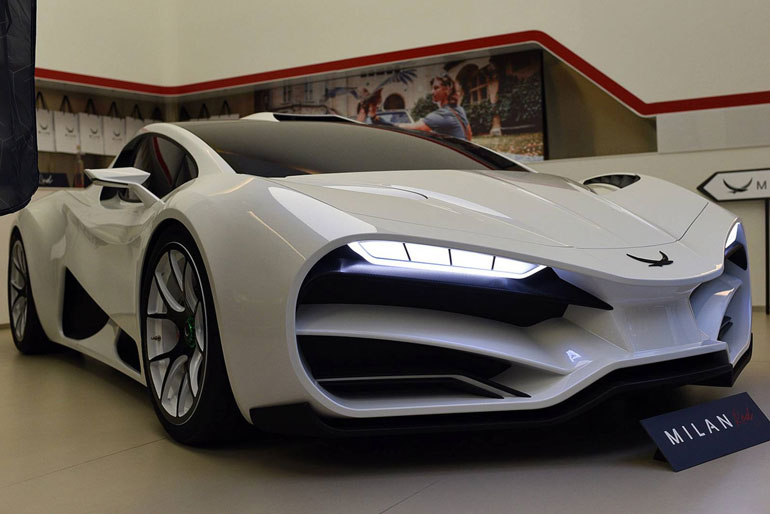 Milan is a relatively new company in the car market, but their Milan red is a car that features a design that is out of this world, almost extraterrestrial.

It will utilize a quad-turbocharged V8 engine and will produce 1300 hp. The company claims that their car will reach 0 to 60 in less than 3 seconds and will have a top speed of 249 mph. This car will also be produced in limited numbers. 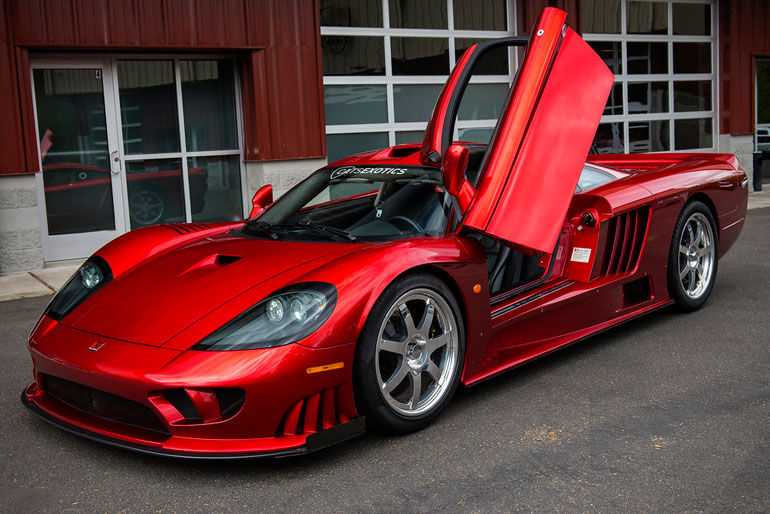 Just like the name suggests, the Saleen S7 features a 7.0-liter twin-turbocharged engine that produced 750 horsepower. The S7 was a beast back in the day and still competes with some of the newest hypercars.

In the early 2000s, this car was hitting top speeds of 248 mph and reached 0 to 60 in only 2.8 seconds. It is still considered as one of the fastest and greatest cars to have ever hit the tracks. 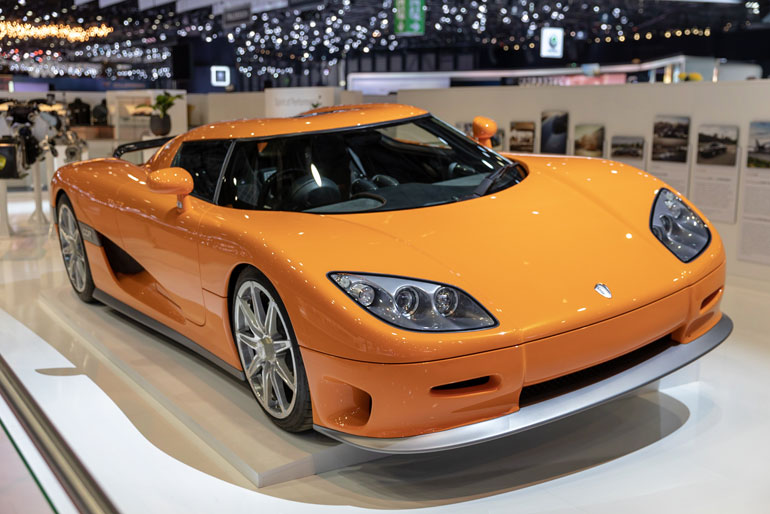 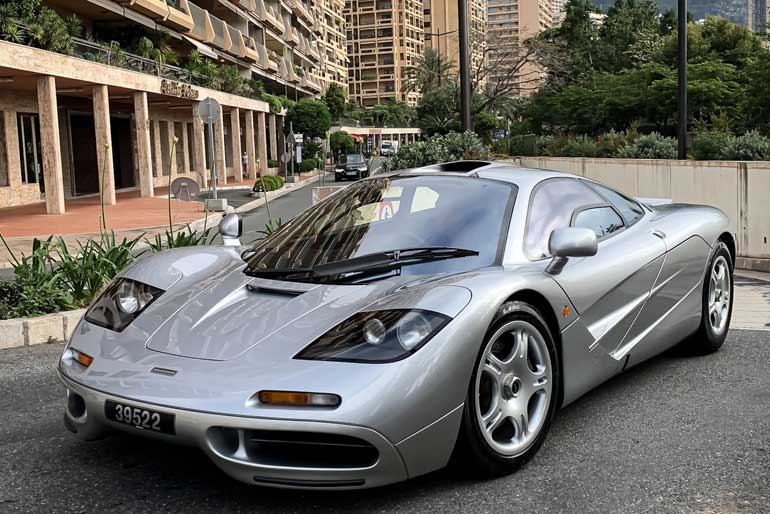 The McLaren F1 was the car to set the benchmark for all the hypercars today. It had a complete carbon fiber body and a gold-lined 6.1-liter V12 engine. The vehicle provided the performance of a formula one car in a luxurious and sporty body.

It was the ultimate race car that provided the best driving experience. The McLaren F1 had a successful racing career and won many titles. It is still the best car out there. An all-time great and a Legend. 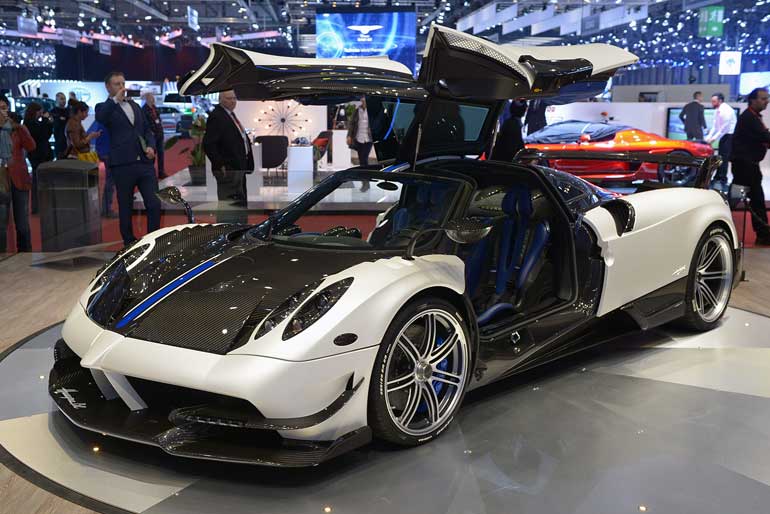 The Pagani Hyura BC was the kingslayer of cars during its time, the vehicle dethroned all of the top cars and was a completely light weighted car with a Biturbo V12 engine.

It provided almost 800 horsepower and had a staggering high speed of 238 mph. Indeed, a remarkable car and a masterpiece in the world of automobiles.