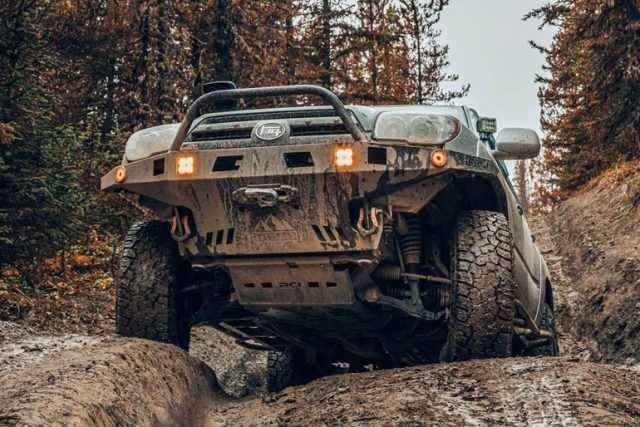 Let’s ride! Whether you’re thinking of a zooming quad bike, a bulky yet monstrously efficient UTV, or a hardcore 4×4 rig that can defeat even the most stubborn of terrains, it cannot be denied there is something outright primal about the off-roading motorsport.

Depending on where you come from, you might either be very familiar with the concept of going off-road or simply exposed to it. The southern portion of the United States, for example, is an area that is particularly predisposed to motorsports such as off-roading.

And while the first monster truck was built in Las Vegas, you cannot deny the fact that the South is the true bastion of huge vehicles with massive wheels that leave spectators breathless.

If you’re interested in off-roading and would like to find out more, then make sure to read on! I’ve written this article to serve as the base foundation for a budding passion for off-roading. Hopefully, after reading this, you will be excited about the prospect of jumping right in!

Quiet simple, really. As the name suggests, off-roading is all about going off the road. While most people believe that off-roading implies driving through the wilderness, it could not be any farther from the truth, since that’s something different altogether.

Off-roading, to explain it simply, is any situation in which you take your vehicle off the designated road. No longer on the tarmac or concrete? Then you’ve almost certainly gone off-road! As implied above, going off-road still means you’re driving on a trail, however.

Contrarily, going completely off the planned trail is called “going off-trail” and is naturally more difficult than driving on a simple terrain. There are a lot of factors that contribute to this, such as a wide variety of obstacles in the form of, say, fallen tree trunks, sharp rocks, and hidden beehives you risk misting in a burst of angry, stinger-laden insects.

Fortunately, there are a lot of techniques to ensure you’re not going to harm yourself.

What Should I Know About Going Off-road?

First of all, you should be aware of the fact that off-roading by yourself rarely goes well – or as planned, for that matter. Depending on the type of vehicle you’re using, off-roading by your lonesome is pretty likely to put you in an unfortunate situation.

Let’s say that you’re at the wheel of a huge vehicle that’s about a meter off the ground. That means, quite unfortunately, that you will barely be able to see any obstacles before you encounter them. Say hello to a rocky outcrop popping your tires!

On the other hand, if you had someone with you, then they can act as your “spotter.” That is one of the most foremost pieces of advice I could give someone new to the hobby. If you have access to an off-road car and feel excited about the prospect of going exploring, then take some safety precautions first!

Furthermore, you should make sure you have a way of contacting help (or civilization, for that matter) if you happen to get stuck. Imagine you’re in the middle of the Nevada desert with no way to call your friends, family, or the rescue teams themselves!

To this end, I would recommend you outfit your vehicle with a radio. In my opinion, it is absolutely essential for any serious off-roading, and especially so if you plan on going off-trail, which is significantly more dangerous and likely to leave you stranded in the middle of nowhere.

For that reason, I’d recommend you improve your UTV with these Can-Am Maverick accessories. Take your pick, as there’s a large variety!

Why? Because it’s bad for your health as rocks love to stealth! I’m very serious – sharp rocks are probably the #1 enemy of tires from around the world. Besides a couple of essentials like a buddy to spot for you and radio, don’t forget to also put a first-aid emergency kit in your car.

Want Cash For Cars? Essential Steps To Take When Selling Your Car