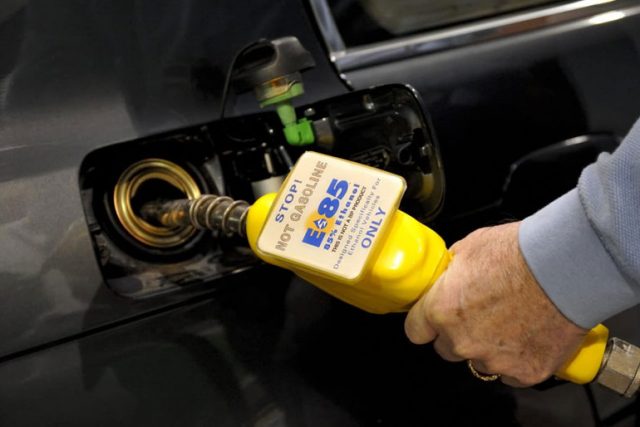 Fuels used to power automobiles include gasoline, dorsal, ethanol, biodiesel, compressed natural gas, charged electrical batteries, and hydrogen. Gasoline or diesel is mainly used in motor vehicles all around the world. With the increase in awareness among people, now many other fuels are also used.

The combustion of automobile fuels releases many pollutants into the environment. These air pollutants may be gaseous or particulate. Gasoline and diesel are getting negative publicity due to the large amount of air pollution they cause.

E85 is an alcoholic and renewable resource of fuel. It is a domestically produced transportation fuel. The primary material for the production of E85 is corn or sugar cane, which goes through the fermentation process to form E85.

Ethanol has a lower heating value, making it difficult to crank an engine in cold weather; therefore, it is used with gasoline or any other hydrocarbon. E85 is a fuel composed mainly of 15% gasoline blended with 85% ethanol by volume.

The proportion of ethanol to gasoline is variable in different countries. The United States is predominantly using E85, in which the ethanol content is ranging from 51% to 83%. In Australia, motoring enthusiasts and motor racing clubs use E85 enormously as it always contains 85% ethanol.

The combustion amount of E85 is not equal to gasoline. Gasoline is used in less quality than E85 for covering the same distance. The distance traveled by E85 based engine depends upon the gasoline and ethanol blend, state of the machine, and transmission.

E85 has a higher octane rating than gasoline. Therefore, it is used in high-compression engines, which produce more power per unit displacement than gasoline. E85 is a low price, highly available, and environment friendly fuel; therefore, people have started to use it in place of other powers.

Flex-fuel is the fuel that contains a combination of gasoline and methanol or ethanol. E85 is also a flex-fuel because it is made up of a mixture of regular gasoline and ethanol. It is used in unique automobiles called fuel-flexible vehicles or FFVs.

The significant difference between FFVs and non-FFVs is removing magnesium, aluminum, and rubber parts from the fuel system. In some FFVs, specific engine oil is also used, which neutralizes acidity.

Ethanol’s cooling properties make Koenigsegg CCXR, a car, the 5th most powerful production car, with 25% higher power on E85 than on gasoline.

Risks Of Using E85 In A Regular Vehicle

Not all vehicles can use E85 efficiently. It is only used in those engines which are modified to accept ethanol.  The drawbacks of using E85 in regular cars include:

The emissions from E85 are entirely different from that of gasoline. These emissions depend upon the make and model of the vehicle, the way of ethanol production, and the vehicle’s overall fuel efficiency.

E85 decreases CO emissions and the release of toxic pollutants as benzene, which is a Cancer causing agent. E85 is also less volatile than regular gasoline, which results in lower evaporative emissions. However, it increases the emissions of acetaldehyde in specific engines.

It is available very quickly in some areas, while in others, you have to search on google for E85 stations. It is readily available in developed countries like the United States, Italy, and Brazil. However, its availability is low in developing countries, particularly those with less corn production.

There are several reasons to switch from gasoline or diesel to the E85, a flex-fuel. Let’s look at some of them.

Several fuels are used in automobiles to power them. The combustion of these fuels produces many environmental pollutants. E85 is an environmentally friendly and cheap fuel. It is made up of a combination of ethanol and gasoline or any other hydrocarbon.

E85 is mostly used in flex-fuel vehicles, but some of the regular cars can also use it. It increases the efficiency of the engines in which it is used. The use of E85 is highly encouraged in developed countries such as the United States. It is a good substitute for much costly foreign oil.