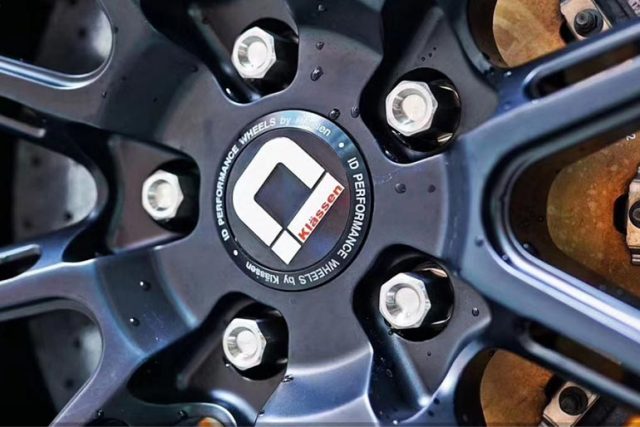 In daily life, we will find that some of the fastening screws on the wheel are 4 or 5 or more. So how is the number of fastening screws determined? In terms of quantity, some people may think that 4 screws are not as safe as 5 screws, and think that the more screws, the safer, and the faster they can run. Is this really the case? There are two ways to fix tires: tire bolts and tire nuts. How do you choose car design?

First of all, it is not that the more screws, the higher the safety. The car will go through rigorous fatigue tests, bench tests, road tests, and other test items before leaving the factory, so whether it is 4 screws or 5 screws, it will not affect driving safety. ! Like F1, it only uses 1 screw for the convenience of tire replacement, but it is absolutely safe to run at speeds of more than 300 kilometers per hour!

Generally, four fixing screws will appear on models of around 100,000 and below, such as MPV, while SUVs generally have 5 fixing screws. The number of screws is related to the weight and load of the vehicle to a certain extent. The car is heavy. If the number of screws is small, the force shared by each screw will be large. Then, a screw with a larger diameter must be used to meet the demand, but the appearance of four thick screws is not as good as that of five thinner screws. much better.

If the car is heavy, the lateral force received when turning or when the force on the uneven road surface is uneven will be large and uneven. The large load is the same as the weight of the car. At this time, 5 screws will share a certain bearing force. It is better to share than 4 screws.

The number of screws is related to the weight and load of the vehicle to a certain extent. The car is heavy. If the number of screws is small, the load shared by each screw will be large. Then screws with a larger diameter must be used to meet the bearing demand. Therefore, if the car is heavy, the force will be uneven when turning or on uneven roads. In the case of, the lateral force received will be large and uneven, and the load is the same as the weight of the car. At this time, 5 screws will share a certain bearing force than 4 screws.

SUVs are usually five connecting points. After all, they have to traverse the natural and rugged terrain and pay attention to the sense of weight. Tires rely on the wheel hub, that is to say, no matter how powerful the power system is, ultimately all the power is output from the half shaft to the wheel hub, and the hub bolt is the way of transmission. It can be said that the design and verification here are sloppy. , So everyone does not have to worry about issues other than the quality of the parts.

The price of tires on some models is high, and there have been incidents of stolen tires. Therefore, we will make security and anti-theft designs in the screws. The anti-theft screw is a keyhole. You must have a corresponding key to open the lock. Generally speaking, as long as one of the 4 to 5 screws on a wheel hub is a special anti-theft screw, the safety of the vehicle can be protected.