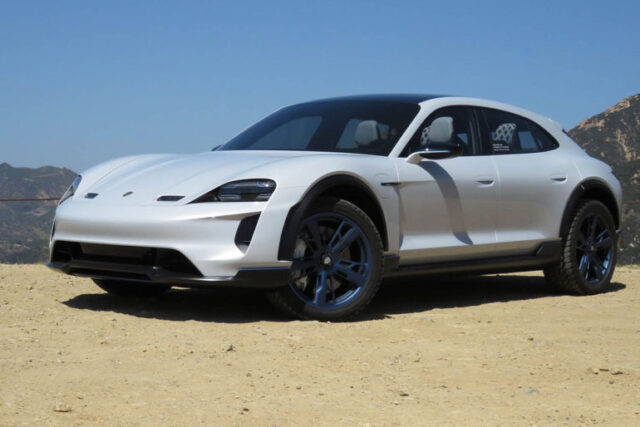 The 2021 Porsche Taycan Cross Turismo is a proud presentation of a car brand Porsche expected to display in the next year. Although the full specifications of the car have not been revealed yet, the prototype is available.

The car will provide an electric alternative to all the competitive brands in the market; it has an extended and raised roofline and will deliver a high performance than the previous models. It will have a 4S Turbo engine.

This article consists of all that you need to know about the upcoming model of 2021 Porche Taycan Cross Turismo, so, if you are interested, you can continue reading this article.

Porsche Taycan is the wonder of German automobile manufacturer Porsche. The first version of this car series was debut at the 2015 Frankfurt Motor Show. The designer Michael Mauer has keenly and meticulously designed the car and its various models.

The fully prepared Porche Tycan with all the novelties was first revealed at the 2019 Frankfurt Motor Show. It was the first Porsche’s series electric car and was sold in different variants. In the year 2020, approximately 4480 Taycans were sold out.

The name of the car is inspired by the Turkish language Taycan, which means lively young horse. Despite the absence of a turbocharger, it is a high-performance turbo model. The interior of the car is complete and spacious. In contrast, the exterior of the vehicle is highly influenced by the Mission E concept car. 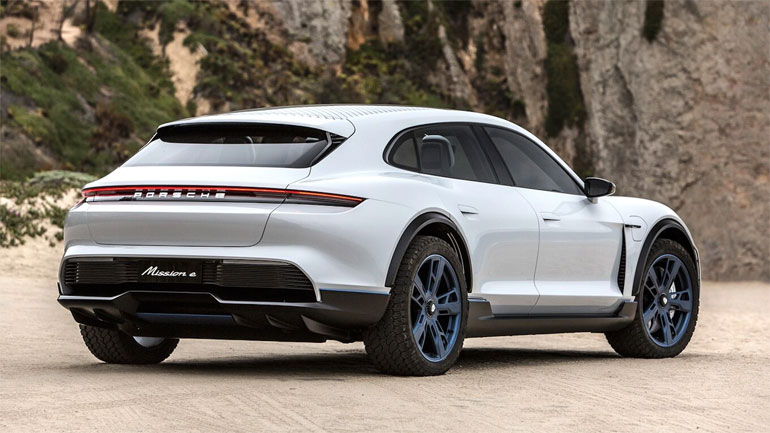 The freshly designed model of Porsche Taycan will be displayed in the year 2021 for sale. Many new things and techniques are incorporated into this car, including a high-performance turbo engine and more incredible mileage. The prototype of this car is as follows:

The 2021 Porsche Taycan Cross Turismo is the better sibling of the Porsche Taycan. It is not a lie to say that this car will be an alternative to Audi RS7 and Mercedes-AMG GT 63S.

The rear and sides of the car are different and unique than the previous models. When it comes to the roofline, it is significantly more prolonged and flatter, making it spacious. The rear windows’ angle has been designed very aggressively, and the side windows have also grown in size.

The top of the rear window has extra built-in brake lights, which adds to the car’s beauty. The overall outlook of this car is very stylish and trendy and is perfectly designed for the millennials. 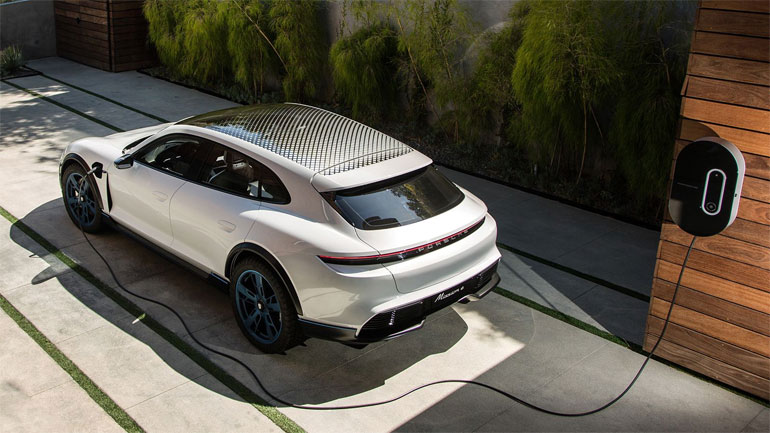 The Cross Turismo has a battery which is pretty much identical to the Porsche Taycan. This feature enables you to choose between the battery pack version of 72.9kWh and 93.4kWh. The weight of the car is a little more than the previous versions.

When it comes to charging, the Porsche Taycan Cross Turismo has a maximum charging capacity of up to 225kW. It will be very quickly compatible with all the latest 150kW rapid charging points.

Currently, the range of this car is un-revealed yet. The yellow brake calipers and the carbon-ceramic brakes sign that the vehicle has a Turbo S model with a horsepower of 761hp. The entry-level of this car is 4S.

As mentioned earlier, the weight of Cross Turismo is slightly increased. Still, the speed is just as effortlessly quick as the standard Taycan.  It is tranquil and comfortable to drive on the motorway and highway.

You will like the raised and extended roofline of the coming Taycan so, there will be more headroom in Cross Taycan. The boot of this car is also a little bigger than the standard Taycan. The owners will use the smaller frunk front boot to store this electric car’s charging cable. 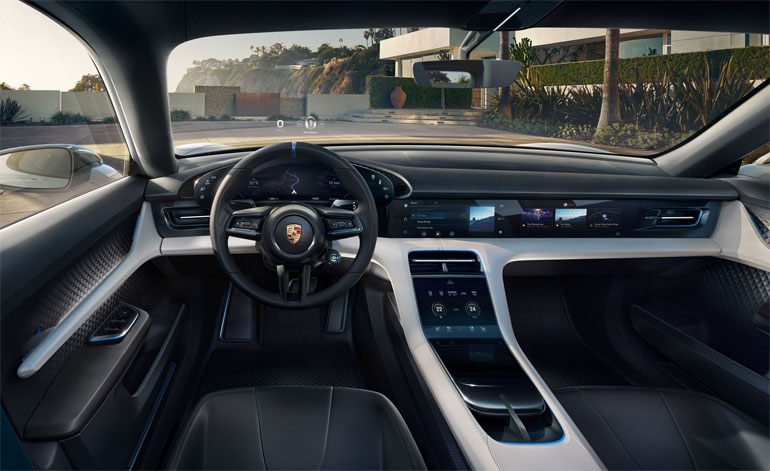 With the launch of Taycan Cross, Porsche will be the first brand to provide a fully electric alternative. According to Dr. Michael Steiner, who is Porsche’s executive board member, Taycan Cross will be the sporty answer to the electric cars.

The car’s production version will have a sleek angled shooting brake, which will transform Porsche’s EV line-up into a direct mirror having a Panamera range. The increased weight of the car will increase the boot capacity to 500 liters from 447 liters.

Will Taycan Cross be an Electric Car?

Taycan Cross is indeed the next-generation electric car in the vehicle market. The electric car is supposed to be the company’s biggest seller because it favors keeping electric technology in the coming models, including Macan 2022 and Cayenne.

The car has the B-pillars on the front side. The roofline is extended along the vehicle’s full length, which will increase the passenger seat’s headspace so that you can enjoy the travel with a sense of freedom all along.

When will the 2021 Porsche Taycan Cross Turismo Be Going to be Released?

The Porsche company has not yet announced the car’s price. Still, the vehicle’s prototype is just revealed, so you do not have to wait long for the official price statement. It is expected that the Taycan Cross will be a few thousand pounds more expensive than the Taycan Saloon.

It will be more convenient to estimate that the car’s price will be around £86,000 and rise to £140,000 as it has the most powerful Turbo S engine. The car enthusiast will love to buy this car after knowing its features and specifications, whatever the price may be.

2021 Porsche Taycan Cross Turismo is expected to be the biggest seller of the brand. The revealed specifications and spy shots of the car are gaining massive popularity among the masses. It will be an electric car with a 4S Turbo engine and a greater boot capacity.

After reading this article, you will be much intrigued by the official release and final price of this monster car, but you have to wait for the year 2021.