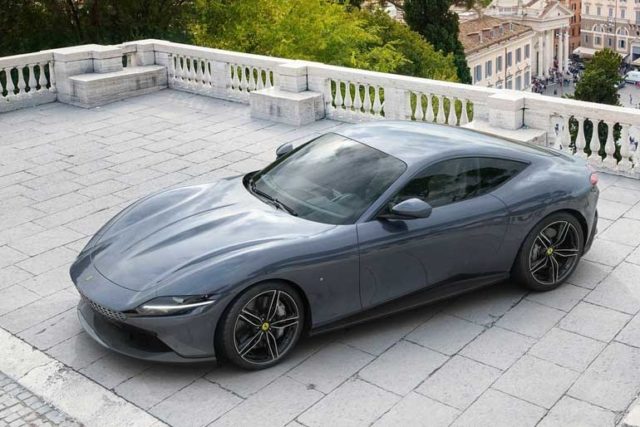 2020 Ferrari Roma is the latest supercar from the Italian supercar manufacturer; It is an elegant and beautiful car with a strong character. The vehicle has some fantastic features and specs.

The powerful V8 turbo engine and the five-position manettino dial alongside a new powertrain with an eight-speed gearbox give the car unparalleled status. 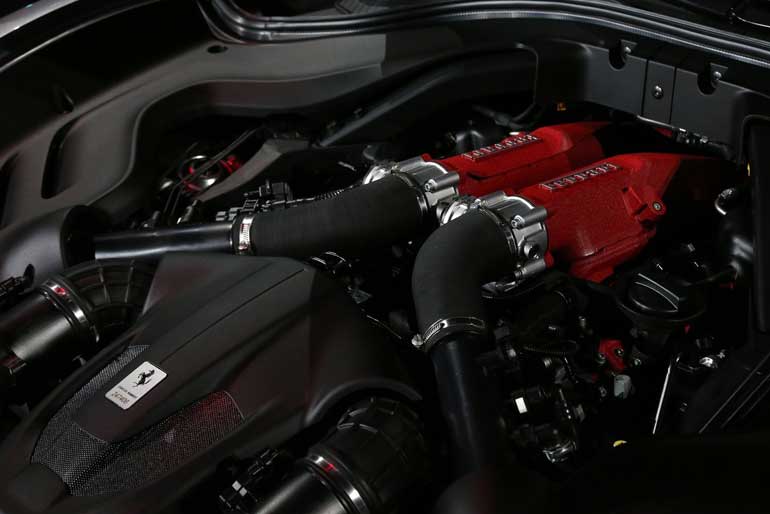 The Ferrari Roma’s V8 turbo has cam profiles, a speed sensor which measures the turbine revolutions and increases the maximum revs per minute by 5,000 rpm, and the company introduced the new Gasoline Particulate Filter to keep the car healthy in severe pollution, also to comply with the EURO-6D anti-pollution standards.

The Gasoline Particulate Filter will remove any matter produced during the combustion process in the engine.

The Ferrari Roma uses the all-new and latest 8-speed dual-clutch gearbox. It is smaller and lighter than all of the other gearboxes before the 8-speed. The dual-clutch allows for smoother and quicker shifts, which make the car’s road performance very smooth and comfortable, especially at high speeds. The 8-speed gearbox was introduced on the Ferarri sf90 StarDale.

The Roma uses the same gearbox, but with the addition of a reverse gear, the StarDale uses an electric motor instead of the reverse gear. Ferrari installed a very powerful ECU in its latest coupe which results in better shifts, better drive and better assimilation with the engine and transmission software.

The Roma 2020 uses the twin-scroll turbocharger, which makes the Roma capable of delivering instant throttle response with zero turbo lag. The twin-scroll increases the pressure of the exhaust pulses so the car can reach its maximum potential.

The Roma uses a flat-plane crankshaft, which has a 180-degree angle between the crank throws and provides better exhaust scavenging and makes the car more responsive. 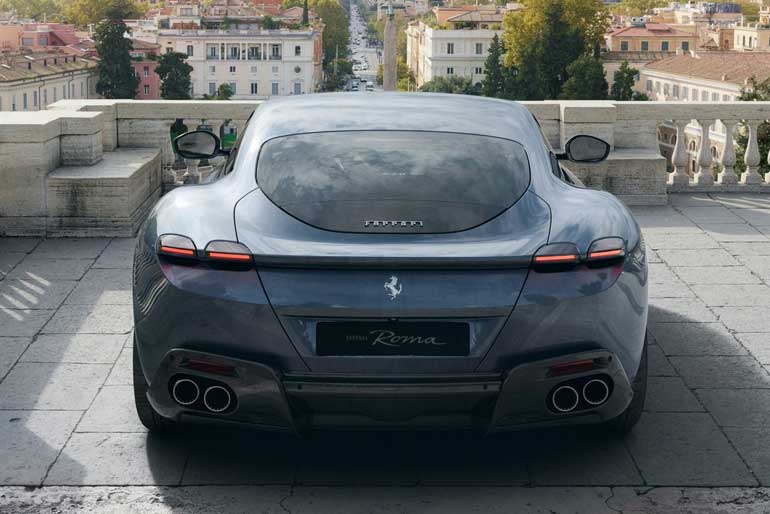 The Exhaust makes a strong and hardcore noise; it was tuned to sound louder and better. The company redesigned the Exhaust and removed the silencers, which reduces the backpressure in the tailpipes giving it a stronger sound, which adds a lot of character to the vehicle. 2020 Ferrari Roma sounds much better than the Portofino.

The Chassis and the bodyshell are lightweight to provide the best driving experience. 70% of its components are completely new to consolidate the latest weight reduction and advanced production technologies.

The Ferrari Roma 2020 includes the Side Slip Control 6.0 concept (SSC 6.0), which highly improves the efficiency of its braking system and give the car the perfect handling and grip.

The Ferrari Roma 2020 has a pop up the rear spoiler, much like the one we saw on the Koenigsegg Regera. The spoiler automatically pops up when the car hits 60 mph and provides the necessary downforce. The car generates 95 kg more downforce at 155 mph. The spoiler has 3 positions: Low Drag, Medium Downforce, and High Downforce. 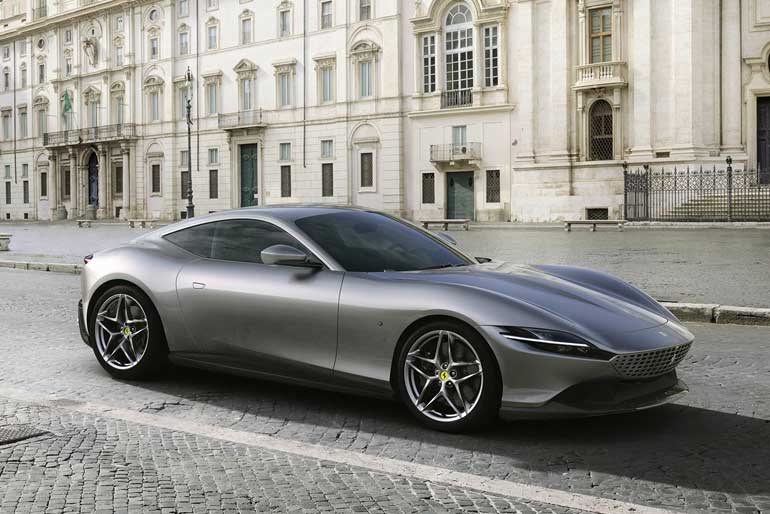 The car has a minimal sporty look; the front bumper has ultra-thin LED headlights, and a set of four tail lights are installed on either side of the slim boot spoiler at the back. The rear spoiler is integrated within the rear windscreen.

A coupe is a term used for a car with a fixed roof, two doors, and an oblique rear.A coupe usually has two seats and a sporty look; The Ferrari Roma is being referred to as a “2+ coupe.” which means that it will have more space for passengers. 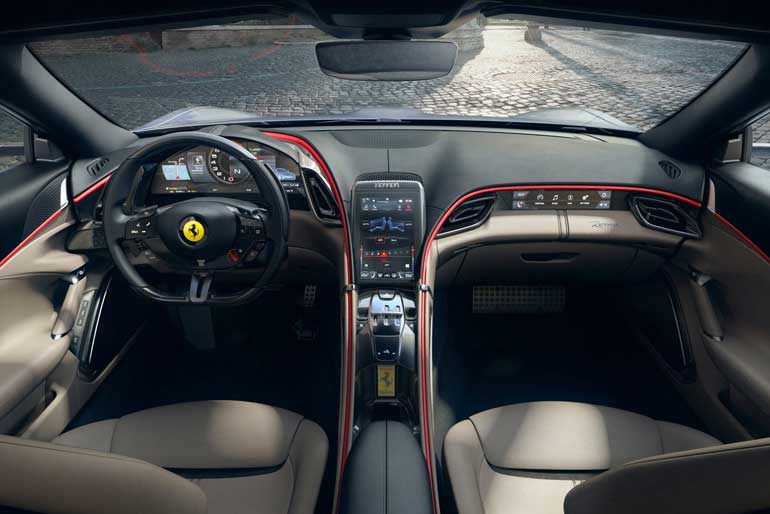 A new luxury design was developed for the Ferrari Roma’s interior. The idea was to create two separate spaces or chambers, one for each driver and the passenger. This dual capsule look was accomplished, and it looks stunning.

An intelligent and equal combination of class and sportiness gives unparalleled character to the interior. The car has a flat-bottomed steering wheel with all the controls. The two chambers extend from the dashboard all the way back to the rear seats; the rear seats are smaller than the front seats.

The Ferrari Roma has a digital console that reads out all the necessary information and also carries out simple operations. The company used much exclusive and fine material for the Ferrari Roma’s interior.

The Ferrari Roma is the perfect car because it is beautiful and fast, basically a jack of all trades. It is a luxurious race car. The Ferrari Roma is set to arrive in showrooms this summer, and the price is rumored to be around £175,000.

How To Choose A Qualified Car Mechanic To Provide Top Quality...