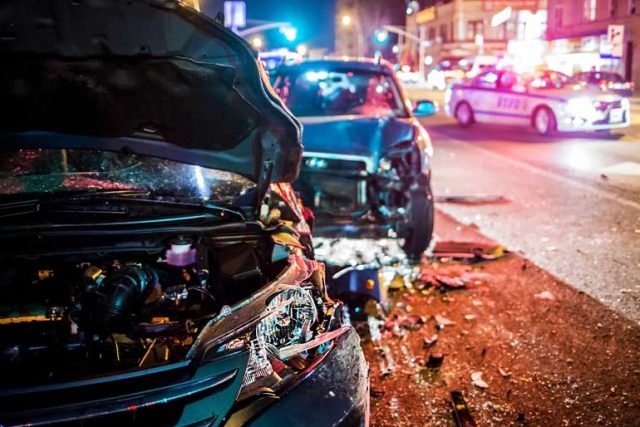 If you drive, ride, or walk along American roads, there’s a good chance you’ve seen at least one car on the road that you wanted to stay far away from. This could be because they were speeding, weaving, or the driver seemed like a jerk. Steering clear could be the best move because certain types of drivers are more likely to kill you.

Unfortunately, a large number of drivers use the road without adhering to road safety rules and laws. Over the last few years, studies show that the number of road accidents that result in serious injury have significantly increased. These injuries include:

Although motor vehicle fatality rates are up, it is worth highlighting that not all types of drivers have been equally responsible for these accidents. Most road users follow the traffic laws and have the necessary driving experience. However, there are some types of drivers who are more likely to cause fatal accidents. Some of these drivers are discussed below.

In the United States, the legal driving age is sixteen years. However, some states have special requirements before one is allowed to drive. Some states only give driving licenses to individuals who are above eighteen years old, and many states will take licenses away from problematic teen drivers.

Underage drivers have recently been recorded as drivers who have been causing fatal accidents on the US highways. This could be due to a combination of inexperience, not knowing how to react, and reckless behavior like texting or drinking and driving.

There is a designated speed that motor vehicles are supposed to use on every highway across the country. However, there are a significant number of drivers who do not respect the speed limit while driving. These drivers cause many of the country’s fatal accidents. In most cases, speeding drivers do not have enough time to react to a situation on the road, which leads to an accident.

Driving under the influence is a crime in the United States. Every state has determined its own designated blood alcohol content limit, and drivers who exceed this will be arrested.

The laws in this country also restrict those who are under the age of 21 from having any alcohol content in their blood. However, many drivers continue to ignore or break these rules and drive recklessly on the highways. Studies show that drivers who are under the influence cause more than 30% of all fatal accidents across the country.

Careless driving is believed to cause more than 10% of fatal accidents in the country every year. These are drivers who are not keen on following road signs, traffic lights, and the signs that other road users are expecting them to follow. These drivers may veer between lanes, which sometimes lead to head-on collisions with oncoming traffic. Improper lane usage does not only interfere with other motor vehicles but also cyclists and pedestrians.

The number of accidents that are caused by drowsy drivers has been on a steady increase in the last few years. Most of the drowsy drivers didn’t get enough sleep, are under the influence, or are sick. In any of these conditions, getting behind the wheel could easily cause an accident. Swerving between lanes, failure to follow road signs, and acceleration are signs of drowsy driving.

If You Lost a Loved One

All these drivers are likely to cause a fatal accident on the road. Therefore, as a road user, you need to be careful about such drivers because you can be at the end of a fatal accident caused by any of the above drivers. If your loved one was involved in a fatal road accident, you can consult an attorney.

According to one Fort Lauderdale car accident lawyer, even if the accident was unintentional, it’s still a serious crime, and it can also result in civil charges against the responsible party. If the accident was intentional, such as an act of road rage, it can also involve felony charges and prison sentences. If a negligent driver caused your loved one’s accident, they need to be held accountable.