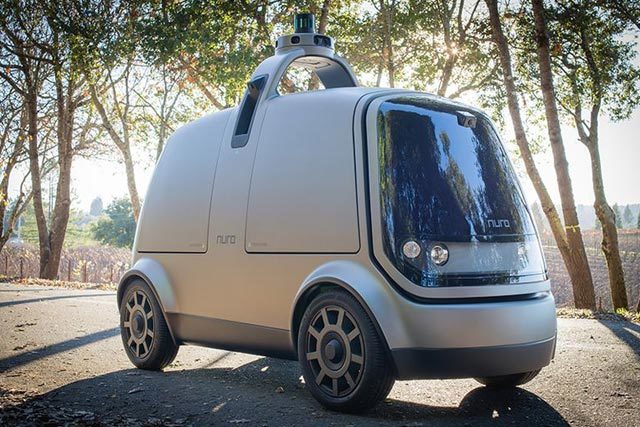 Cities around America have been tripping over one another for Amazon’s affection, hoping to bring the online retailer’s new headquarters to town. But at the same time, car and tech companies have started a quieter competition—one that will decide who will dominate the future of ferrying all those online purchases to your home.

The newest player is Nuro, founded by two lead engineers from Google who worked on self-driving cars there, which revealed itself and its projects to the world today. Nuro’s autonomous car doesn’t look like a car. It’s no ordinary sedan with the steering wheel removed. It isn’t meant to carry people at all. This self-driving pod (which also has remote control built in as a backup) is instead a rolling gopher meant to bring your grocery bags, your Seamless order, or your Amazon purchases to your home.

We believe that great technology should benefit everyone,” the company’s website reads. “The team at Nuro is accelerating a future where robots make life easier and help us connect to the people and things we love. Together, we’re pushing the boundaries of robotics to improve human life.”

Nuro’s toaster-shaped future van is not alone. Udelv is another Bay Area startup attempting the same thing. Earlier this month at CES, Toyota’s big unveil was the e-Palette, a bigger but similar self-driving box also intended for local deliveries. Geekwire just revealed that Amazon has patented its own rolling suitcase that could pick up packages at a warehouse and drop them off at your home. 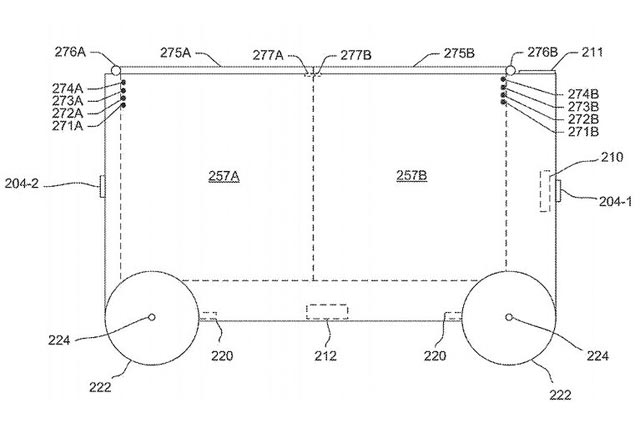 When we talk about self-driving cars, we’ve tended to talk about how the technology will affect our cars, how long it’ll be before we can sit back and let the computer take total control of our daily commute. But it’s the less sexy world of cargo-pushing that forms of the backbone of the world economy. In terms of long-distance transport, that means titanic cargo ships moving goods by sea or semi trucks moving goods by land. That’s being automated too, but lately the focus of attention is on a much smaller scale.

Now that we buy so many things online and expect them to be delivered right to our homes, there’s a boatload of money to be made on what tech giants and business types like to call “last-mile” deliveries—getting those groceries from the grocery store to your house, or that Seamless order to your front door in the shortest time possible. The Verge cites a McKinsey study that puts the value of that market at $86 billion annually, and growing fast.

This huge market has inspired numerous quirky notions about the best way to deliver packages. Amazon’s delivery drones are a particularly nightmarish example. But as we’ve noted in regards to proposals for flying drone Uber rides, there is a laundry list of hurdles to overcome between now and a day when fleets of drones safely navigate the urban skies. Autonomous cars aren’t exactly ready for primetime, either. But they’re closer and less uncanny, which counts for a lot. 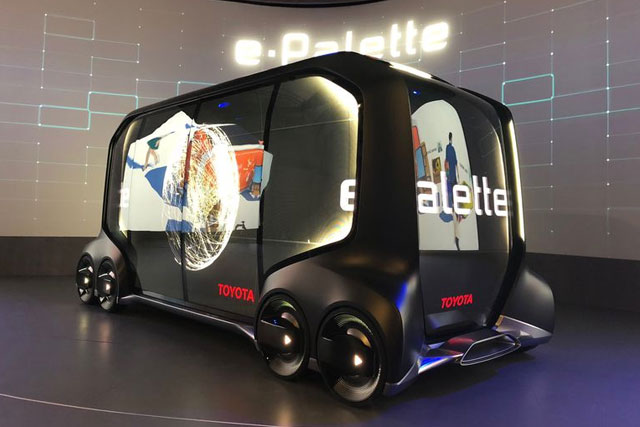 So here we are in a pod race. Without the need to account for a human driver or flesh-and-blood occupants, the engineers behind these stuff shuttles can reimagine the car as a blank canvas, ready to become a platform for any damn thing that needs to get moved around. The result is this burgeoning fleet of experimental go-go bread loves, all hoping to become the last-mile mule of tomorrow.

Nuro only just got its permit to test on California roads. Like its autonomous counterparts, it would need more permissions to start working in other locations. All these companies must deal with some thorny questions, too, like how to prevent thieves from stealing your delivery and how to make sure the right person is picking up the package (hello, creepy facial recognition software?).

Pretty soon, though, autonomous delivery pods could displace even more human driving jobs, and a brave little toaster could be bringing your impulse purchase right to the front door.