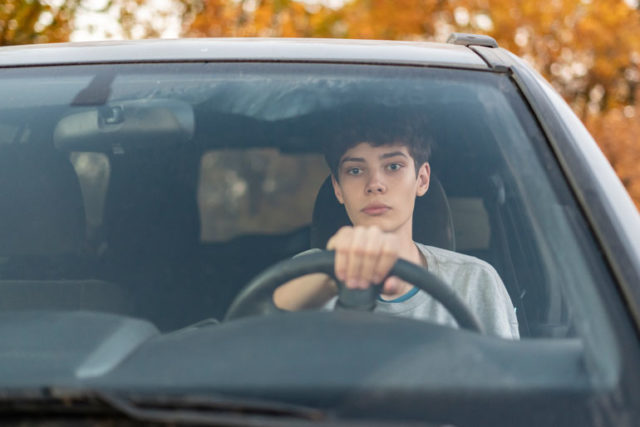 When you’re learning to drive, your efforts will be on how to take in all the skills required so you can pass your test. During the days leading up to your test, you’ll be revising, practicing and driving as much as possible, in either your instructor’s car or your parents. And then you pass, and your days of freedom lay ahead!

No longer do you have to worry about the distance, the car enables you to go as far as you like, whenever you want, assuming you can pay for fuel of course. But then the harsh reality of car ownership hits when you realise that these vehicles we rely so heavily on coming with a price.

It’s not just the cost of the car itself, but the maintenance of it, and let’s face it, most of us can’t afford the best car in the world when we first start driving, so it’s likely it’ll need a lot of tender loving care to ensure it stays roadworthy.

If you don’t have a car that’s being maintained by a professional, and you have to look after it yourself, then you’ll want to look out for problems and nip them in the bud before they become a big issue. Very often, dealing with them early on can save a fortune in repair costs down the line, so here are five of the most common faults and how you can make sure you’re not left stuck at the side of the road.

Your dashboard will have several warning lights that will flash on just as you turn the ignition. They light up initially so you can see that everything is working fine; after all, a warning light that doesn’t light is less than useful.

You can usually see the warning light symbols even when they’re not lit up, so it’s worth checking that everywhere you expect to see a light does indeed flash when you start the car.

If you find one that doesn’t, then make a note of it and check on Google to find out what it represents, then do another check – make sure your car even has this feature.

You’ll find that many cars in the same range share the same dashboard but don’t have all the same features, so don’t panic too much until you’ve had the chance to look up your particular make and model.

However, if you find that you have a warning light that should be working and it’s not, you should get it looked at straight away.

Tyres are so important to driving, and yet they’re often the most neglected part of the car, simply because many older cars don’t have all the fancy add-ons and gadgets to tell you when there’s something wrong with them. You’re often left to your own devices, having to check tyre tread and pressures yourself.

But why does it matter?

Well, tyres aren’t cheap, and if the pressures aren’t correct, you end up getting uneven wear which means they won’t last as long, so you’ll be replacing them more often. But another problem is fuel economy.

According to one study, every 1% reduction in tyre pressure results in a 0.3% reduction in fuel economy. That might not seem a lot, but over the life of a car, it can be a considerable cost.

And then, there’s the danger inherent in having poorly maintained or poorly inflated tyres.

Anything that affects grip can result in dangerous conditions when driving, so it’s important to ensure tyres are kept to the correct pressure and that tread isn’t left to wear down too much.

You can check tread easily by looking for something called “wear bars”. These are small bars of rubber that cross the “valleys” in the tread. If the tread wears down to meet these bars, then you should get the tyres replaced immediately.

If you can’t see wear bars, then you can use an inexpensive tyre gauge. Check with your tyre manufacturer to see both the legal and recommended safe depth of tread.

Driving with a dirty windscreen can be extremely dangerous, which is why cars have windscreen washers and wipers, and why you should keep them topped up.

The easy thing to check is the washer level. If when you press the washer button you can hear a motor whirring but no water sprays on the windscreen, then you need to top it up.

But, don’t just put water in it, and never put standard washing up liquid in.

Instead, use a washer mix that can be bought either ready-made or in concentrate from most garages and supermarkets.

These contain anti-freeze to ensure your washer reservoir doesn’t freeze up during cold weather, and also additives to keep your windscreen and wipers nice and clean.

Of course, your wipers are made of rubber, which means that can wear down so you should watch for any streaks appearing when in operation.

If they do smear and streak, one thing to try is to dab a cloth in vinegar and run down the wiper blade, giving it a good clean. Very often, that’s all it takes to eliminate any problems. If that doesn’t work, it’s time to replace them.

The car battery has a rough life. Starting a car takes a lot of power initially. So much that even if you have a brand new battery, you can easily empty it by repeatedly attempting to start a car that refuses to fire up.

The battery gets recharged as you drive along, but if something goes wrong, then the battery light on your dashboard might illuminate, but it might not mean there’s a problem with the battery itself.

This light will indicate only that there’s a problem charging the battery, the fault itself might lie elsewhere, such as the alternator, the part of the engine that charges the battery.

Unless you’re a mechanic yourself or you know one, then you’re going to need some specialist kit to diagnose this particular problem, but most garages will do this for free or at least cheaply and they’ll be able to tell you very quickly where the problem lies.

Whatever you do, don’t leave it too long before getting it checked out. If there is a problem somewhere, then it might be a quick and cheap fix, whereas leaving it to develop might lead to a bigger, more expensive repair bill.

Some cars will tell you when your brake pads are worn, and that’s when you should get them changed, however, older cars won’t have this indicator, so you’ll need to base it on either manual checks or other indications that things aren’t as they should be.

Braking systems are so efficient these days that even with extremely worn and damaged pads, they’ll still stop your car, but they could be doing damage to the discs, and these are considerably more expensive to replace.

So, check your brake pads, and if you’re unsure, take the car to a garage so they can get underneath and have a good look around. Above all, use your eyes and ears!

If something doesn’t seem right with the car, or if you hear something you haven’t heard before, check it out.

It might be nothing. It might be an old can of coke rolling around in the boot, but it might be something far more dangerous, so go round the entire car and check that everything is OK, and if you’re not sure, get it to a garage.