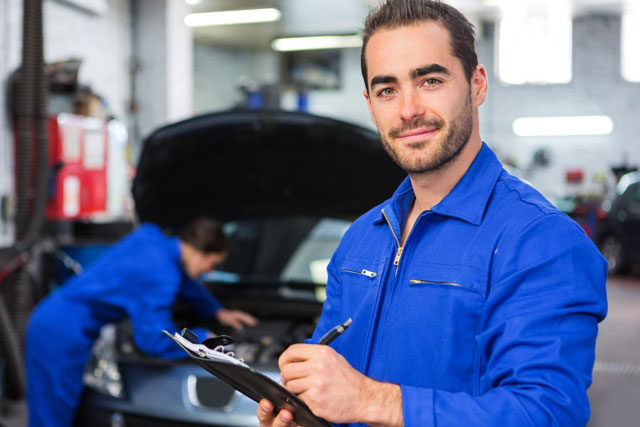 The city of Rochester in western New York was where camera and photography institution Kodak first started. The home of its founder, George Eastman, became a museum that is a top destination in this area up to this day.

Whether you want to visit the area or go around to see some of their tourist attractions, you can never tell when your car may suddenly stall. But even before it breaks down while embarking on a trip, you should check your car to determine whether you need to hire auto repair services and visit an auto repair company’s website or its physical shop.

Here are four signs that should convince you to hire auto repair services:

When your car engine runs for an extended number of hours, it may gradually overheat until it starts malfunctioning. You’ll know it when smoke starts coming out of the hood of your car.

Most car owners that encounter this problem for the first time usually think that pouring cold water into the car engine should solve it.

But here are a few reasons why that’s a terrible idea:

In case you don’t remember what your teacher taught you in Science class when you were a kid, water can turn to ice when exposed to temperatures equal to 32 °F or below.

If you drive your car to Rochester during winter, for example, you can expect your water-filled car engine to get damaged as ice crystals can form inside it.

Water will boil when exposed to temperatures equal to or greater than 212 °F until it evaporates. If you take a summer vacation at this area, your car engine filled with water would instantly become dry and overheat.

Pouring water into your car engine will make its metal parts succumb to rust that can cause it to break down and leave you stranded.

Instead of water, your car engine needs antifreeze or coolant, a chemical-based mixture that retains its liquid state no matter the weather. However, if you pour antifreeze that isn’t suitable for your car engine, its metal parts might corrode.

To be safe, hire a Rochester auto repair that services vehicles where a mechanic can pour the right coolant in your car’s engine.

2) Colored Smoke Coming Out of Your Car’s Exhaust Pipe:

Instead of the hood, white smoke might have come out of its exhaust pipe.

But you shouldn’t instantly panic when the said part of your car emits a higher amount of white smoke than usual. Some of it may turn out to be water vapor. However, when your car’s exhaust puts out black, blue, or gray smoke, it’s time to call a Rochester auto repair who can fix its engine.

You’ve parked your car at the George Eastman Museum or any of the other tourist attractions in Rochester, NY. But when you went back for it, you noticed a liquid pool right under it.

If the said pool doesn’t have any color at all, it could only be condensed water dripping from your car’s air conditioning unit which is normal.

However, if the same pool comes in any of the following colors, you should get a hold of an auto repair immediately:

4) Noises Other than the Usual ones that your Car Generates:

Your car isn’t an entirely silent machine. It will produce an acceptable amount of sound from the moment you turn the ignition on up to when you drive it.

But if you hear any of these weird sounds coming out from your car, you should bring it to an auto repair who can replace any of its noise-generating parts with brand new ones:

When you don’t pay that much attention to the needs of your car, it might suddenly give up on you while driving around the streets of Rochester, New York during your trip. You might then find yourself having to push it manually to the nearest auto repair shop.

But why wait for that to happen if you can detect the above-listed signs more early? You can save money and avoid any further hassle down the road when you notice those signs right away instead of holding off on having your car serviced until it breaks down on you.