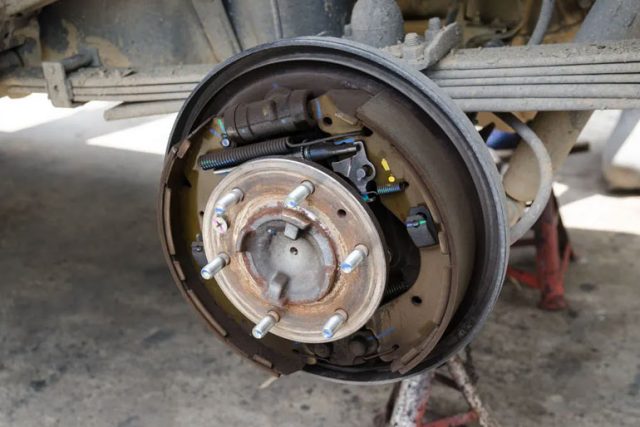 Every vehicle needs to reduce its speed and stop at a certain point; for that purpose, people invented the concept of brakes. Brakes are defined as mechanical devices used to stop moving vehicles by applying force, increasing the friction between the tires, and helping them quit.

Brakes convert the kinetic energy into heat energy, which can be used later. Every vehicle has brakes; even moving carts have brakes in them. Also, some drivers use the vehicle’s engine to reduce the speed as well without using brakes while coming down a hill.

The complete brake system is divided into three main components;

The primary two types of brakes used in the vehicle are mentioned below;

Drum brakes are braking system in which shoes or pads produces friction in the brake by pressing the drum. A drum is usually a cylindrical-shaped object. They used drum brakes to stop the cars, but people stopped their use because it was causing trouble and getting scarier. Drum brakes are classified further into two types, which are following:

When the drum’s outer side is pressed, it is known as clasp brakes. These types of breaks are used mostly in trains.

The band brake consists of leather wrapped around the drum. This type of brake has a simple and easy-to-use mechanism. 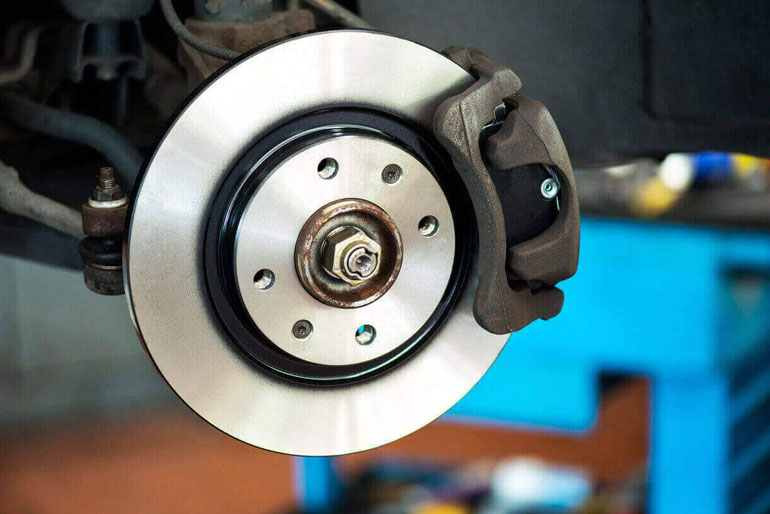 In 1900, Maybach made a car, in which engineers used the first drum brake. In the beginning drum break, livers and shoes were operated mechanically. Later in the mid of 1930s, oil was pressured into small cylinders when used to manage the brakes. However, still, most of the vehicles used brake livers to operate manually.

Jaguar made three cars in 1953, which then used disc brakes where they gained massive popularity of people against their rivals. Disc brakes ended the era of drum brakes in passenger cars. Disc brakes were used on the vehicle’s front wheels, but they were applied on all four wheels as time passed.

The backing plate is the base of other components. The backing plate supports and protects the structure from problematic materials such as dust particles, scrap road materials. The plate’s backside is called a torque plate since it absorbs the torque and helps the braking system. The plate must be water-resisting and robust.

The drum looks like a round cake pan, which works on the momentum of the car. The drum is made up of iron, which acts as a good conductor of heat and resists water. When the driver applies the brake, the drum reduces the wheels’ friction, and thus, the car is stopped.

There are two pistons at each end of the wheel, which operates the shoe. The shoe closer to the front wheel is the secondary shoe, while the other shoe is called the primary shoe. When the driver releases brakes, shoe springs return to their disengaged position.

Two steel mold pieces make the brake shoe; there is also a crescent shape web having holes of different sizes for return springs. The main job of the shoe is to press the friction into the drum. 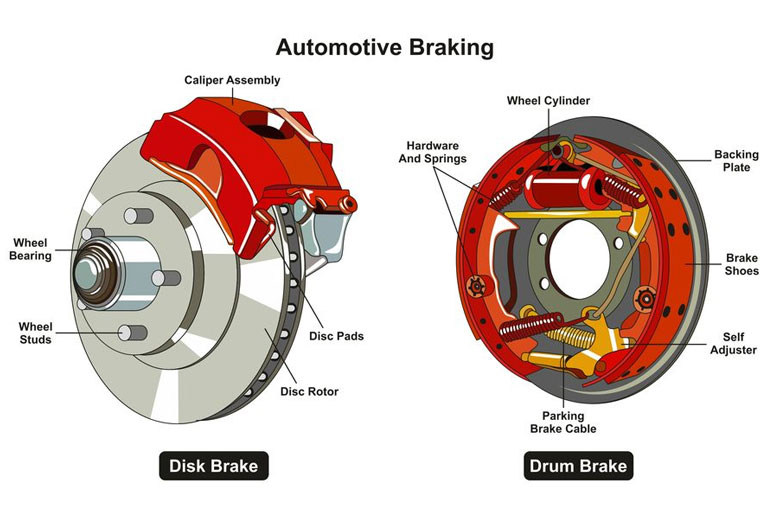 The Controlling System Of Drum And Disc Brake

Drum brakes stop the car by putting pressure creating friction, and hence control the vehicle. In contrast, disc brakes produce friction by an external caliper through a set of brakes, thus helping the vehicle stop.

Following are the types of drum brakes:

The drum brake has a complicated structure. Drum brake consists of a shoe, piston, adjustment mechanism, hydraulic wheel mechanism, emergency brake, and different springs. When the brake pedal is pushed, the piston moves the drum against the plate. Most drum brakes are self-actuating. The brake shoe can be expanded in both directions.

As the shoe touches the drum’s inner surface, friction is produced between the drum and brake, stopping the moving vehicle. As the pedal is pressed, the fluid allows the cylinder to expand. But as soon as the pedal’s force is removed, the springs go back to their position. Therefore, the friction between the drum and brakes ends the vehicle once again starts to move.

Following are the disadvantages of drum brake:

Drum brakes are readily available at low prices but once damaged, they cause a considerable cost. It is safer to use disc brakes over drum brakes because they are less harmful and do not heat quickly as drum brakes do.

Some railways and cars still do use drum brakes, but they have to be used very carefully. A minor mistake can cause significant damage. Drum brakes were a major cause of accidents, so people started replacing them with disc brakes.