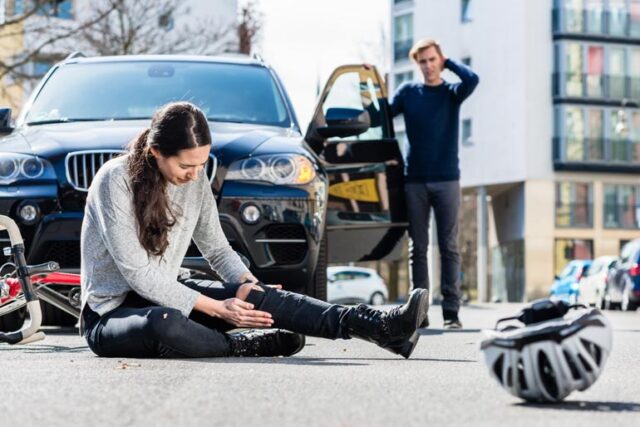 For many drivers, getting involved in a car accident is the last thing they want to happen. You may need to buy a brand-new car if the previous one is damaged beyond repair. Medical bills can also pile up if the drivers and passengers involved were dealt severe injuries.

It’s common knowledge that no one should drive a car while ‘under the influence’ – but people do drunk driving anyway. Every year, more and more people get badly injured or die from a drunk driving accident. If you’ve been drinking, your companions should prevent you from getting behind the wheel. If you want to avoid causing an accident, don’t drink and drive.

Getting Distracted By Your Phone

Some people can’t seem to avoid using their phones, even if they’re the ones driving the car. Although they could always answer the phone later, when they’re not driving, some may still insist on answering a call or checking out a text while trying to keep an eye on the road. It takes just a split second of distraction to figure in an auto accident.

There’s a stereotype of speeding drivers being teens overeager to use a car for the first time. In reality, even ordinary people may try to drive faster for several reasons. Some may be speeding because they need to be somewhere and are running late. Others may have just bought a new car and are not used to driving it yet. There are many people who do this, and sometimes the results are just tragic.

Getting Caught In Inclement Weather

When you’re driving, weather conditions are a major worry because it’s easy to lose control over the vehicle if the weather turns nasty. Rain or snow can make roads hard to navigate, even if you’re familiar with the route you’re traversing. If you’re driving under treacherous weather conditions, try to drive slower especially if the roads seem slippery.

Some people get caught in a car wreck because they drive at night when it’s hard to see obstacles in the road. There are also other risk factors which make night driving perilous, such as when there are drag racers speeding on deserted roads. If you need to drive at night, try to observe the speed limit and keep a watchful eye out for anything or anyone that may suddenly get into your path.

Sometimes, even if you usually obey traffic rules, you may find yourself getting tempted to beat the red light at intersections. This can happen because you may be thinking of something else at the time, such as whether you remembered a task left undone at work. You might also do this when there are only a few cars around. For the sake of safety, it’s usually a good idea to stop at intersections if the light is red so you won’t trigger a car accident.

It can be frustrating trying to avoid car accidents if the driver of the other car is unskilled or even inexperienced. For example, if the other driver is used to driving on country roads with few cars, they may get flustered and panic when driving in the city or on the highway. Unfortunately, this happens more often than anyone would like so learn to drive defensively and stay alert.

Use Of Illegal Drugs While Driving

Many people use illegal drugs ‘for recreation only.’ However, when they do so while they’re driving, these drugs can lead to impaired judgment. If you do get into an auto accident with another driver who seems to be dosed with illegal drugs, ask for the assistance of a traffic enforcer or policeman.

Some people may try to rationalize their driving habits, but it’s always good practice to follow the rules when you’re driving. Remember, human life cannot be replaced so do your best to safeguard yourself and other people on the road while you’re behind the wheel.