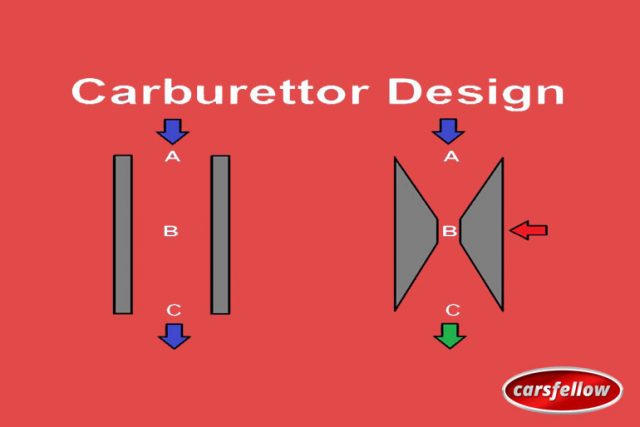 The basic science behind most vehicles is motion which is equal to the fuel plus air. But how much air and fuel exactly an engine need depends on various factors. Nowadays, many clever gadgets are invented to mix the exact and proper ratio of fuel and air.

A carburetor is an essential device used to make a homogenous mixture of air-fuel incorrect ratio for proper combustion.

A carburetor is a device that atomizes and vaporizes the fuel and mixes it with air in variable proportions to suit the varying condition of a spark-ignition engine. The fuel and air mixture produced by the carburetor is called an explosive mixture. Almost all Si engines used the carburetors for their air-fuel mixture charge.

The float chamber is like a service tank or called the storage tank. Its primary purpose it supplies the fuel continuously for making the air-fuel mixture. The presence of the float valve makes sure the level of the fuel in the float chamber.

As the level decreased in the float chamber float valve operates. It moves downward and opens the fuel supply, and allows the flow of fuel in the chamber. The float moves upward and closes the fuel supply on increasing the fuel level in it. Therefore, the fuel level must be maintained below the discharge outlet to prevent overflow.

The mixture of air and fuel occurred in the mixing chamber. It is then supplied to the engine cylinder.

A throttle valve is a kind of butterfly valve and an essential part of the carburetor. It is used to control the quantity of air-fuel mixture, which ensures the speed of the vehicle. If the valve is fully open, more mixture burns in the cylinder and gives more output. The accelerator of the vehicle operates it.

As the name suggests, it is a kind of filter device used to removes dust and suspended particles in the fuel. These particles can make a blockage in the nozzle if not removed. It consists of fine wire mesh.

Venturi is the part that controls the air pressure of the chamber. It is gradually decreasing cross-sectional hollow tubes.

The metering system consists of two main parts. The first part is called a metering orifice, and the second one is known as a fuel discharge nozzle. This system controls the flow of the fuel in the nozzle.

The Idling system provides a rich mixture during idling at low speed. When the throttle is open below 15%, it works. The idling system consists of a passage from the float chamber to the venturi tube.

It works on the principle that if the choke is fully open, it allows the average airflow through venturi to form a typical mixture. The choke will close partially to make a rich mixture. It results in a low airflow through the venturi and a large amount of fuel through the discharge nozzle.

The vacuum is produced when the throttle valve suddenly on an engine runs at a very high speed. That causes to draw exhaust intake in the engine. A misfiring or even stall problem can occur due to this. A throttle returns check valve connected to the throttle in modern carburetors to prevent this problem.

Anti-dieseling solenoid is used in the modern carburetor to avoid the pre-ignition. The engine usually runs hotter, which produces hot spots on the combustion chamber. These hot spots are the cause of pre-ignition in the chamber.

Automatic mixture control is computer control and operates the solenoid; as the solenoid is turned on, the fuel supply to the jet increases. On turning off the solenoid, the spring pushes the valve down to decrease the fuel supply. It operates according to the signals received by it on engine speed, coolant temperature.

According to the direction in which the mixture is supplied, there are three types of carburetors.

Advantages of the Carburetor

Disadvantages of the Carburetor

The carburetors are now outdated. We can’t deny that carburetors are a significant part of automotive history and operate cleverly. A carburetor is the basis of all the innovations we see today.