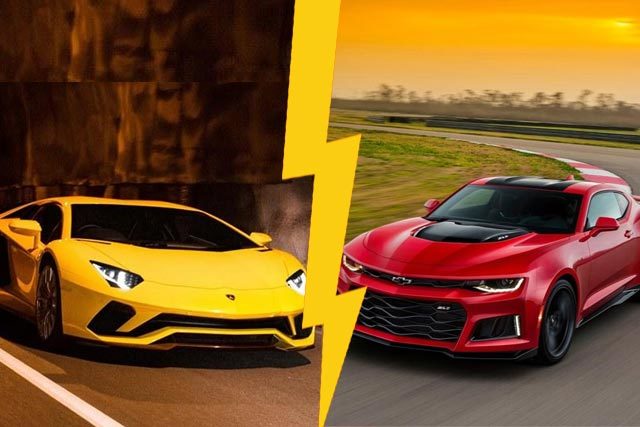 Chevrolet Camaro ZL1 of 2017 model should score highly, it has main new features with sweeping design and powerful engine. ZL1 is the most powerful Camaro ever produced, it has the high-performance technology, with driver-centric tech display, a wireless smartphone charger, Android auto, comfortable driving experience and impressive safety technology.

ZL1 is designed to maintain high-level performance, it is designed like a sports car. It covers 0-to 60 in just 3.5 seconds swinging a quarter mile in 11.4 seconds at 121mph, with supercharged 6.2LLT4 engine, Now ZL1 is 10-speed automatic and more developed with ford, It has specific torque converter, software, and controller with 0:64:1, 10th gear, ZL2 coupes make 2:85:1 final drive ratio. It has four drive modes which make it remain in the manner in snow, sport, and track. Under the hood of both the coupe it lies a 650hp at 6.2 liters, It predicted that the car is more than 11 seconds quicker than previous ZL1’s, after server, it is noticed this car is 10mph faster than old ZL1. It has carbon ceramic brake rotors, front rotor is up to 15.4 inch and sin-piston Brembo calipers, with adjustable control and engine speed, it offers new features like line-look.

There is also an air conditioning package used to cool down the drivers and radiator cooler, engine oil cooler, the intercooler is also featured as well, the Auxiliary transmission cooler is also used horizontally under wind tunnel- designed. This car is prepared for sale in a market this month and its price is $62135 up to $63435. This car is a joyful experience ever with featured technologies and reasonable price.

The new arrival of Lamborghini released in 2017 is Aventador S, It has more advanced and powerful features ever and made by using different techniques, we also say that this new arrival is next generation of Aventador, because of the new expression and technologies used in it which make it a super sports car as well. This model of 2017 after 2011 is high update with reworked aerodynamics, upgrade suspension system and used for four-wheel steering. This car adopted many changes externally and internally, like new ducts, a sharper nose, deeper front splitter, and used of the powerful plant which is up to 6.5 liter, it’s some 40bbp.

According to me, I think it is a perfect featured Lamborghini, but its price also matters. So this car will cost up to $225955 including all local and other taxes, the price of the car in the UK is finally $271000, the car arrives in markets for sale in spring 2017.