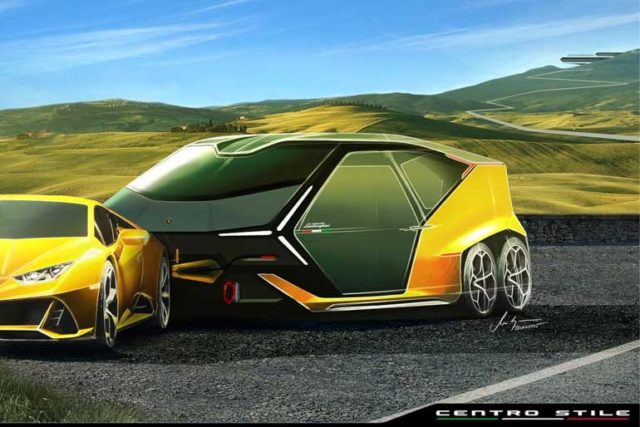 While everyone was enjoying pranking on April Fool’s Day, the big speed car manufacturer could not stop themselves from fooling their fans as well. A simple but interesting joke was shared on their official social media account, and it left the fans wondering for more.

An image teaser was shared on social media in which a speedster Huracan is seen towing what seems like a trailer. What makes it interesting is the fact that the angular designing seems pretty real and the concept behind it also sounds practical.

Since the supercar lack space for cargo, having a mini trailer which is easy to be towed and which will match the aesthetic sense as well; this concept is nothing but remarkable and fans were actually hoped for it to be real.

Although it is not clear from the image what kind of trailer it is but the color scheme and the designing matched the Huracan. Also, the size is twice as Huracan, so it is also safe to assume that there will be enough space for two people.

It looks like a mini trailer or camper, and it would definitely looks amazing to have something from such a big name and also which offer such feasibility.