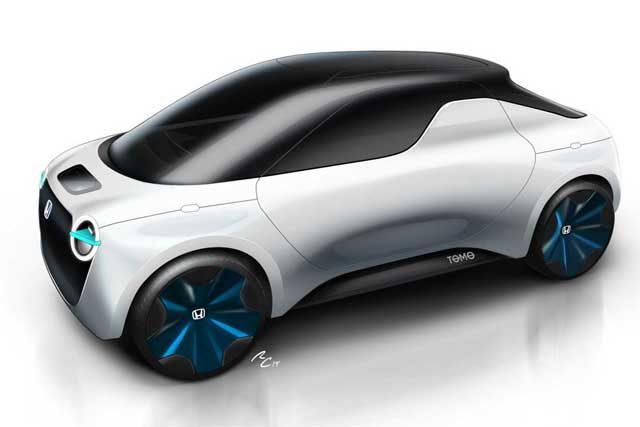 With the Geneva Motor show just around the corner, companies are lining up their concepts and EVs to make the best impressions and to take the lead. In such attempts, Honda played with a wild card and unveiled its new concept which we must say is very cute.

The new concept is a small, 2 door electric vehicle which has the futuristic outer body know as TOMO which looks like it came from a movie.

The reason for this simple yet fun car is that it is not designed by the Designing department of Honda, but this time, Honda took aid from the design students of Istituto Europeo di Design in Torino.

A team of about 13 students was selected who were all masters in two years class of Transportation Design.

The students were asked to draw a new conceptual car for Honda which not only looks fun but also fulfills all the requirements which young people of now a day look for in any transport.

What they come up with is nothing short of amazing and fun concept which provides maximum enjoyment time when you plan to go outside the city while also fulfilling the demands of working in an urban setting. 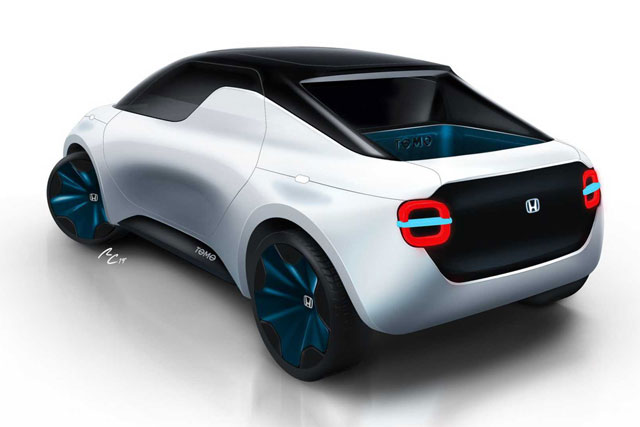 Although not much is revealed about the car not even the inside working and cabin information is known, but according to Honda, the inner cabin details will be announced soon.

But it can be sensed that since this TOMO is by Honda which is a Japanese company, the presence of high technology can be judged with minimal designing inside the cabin. 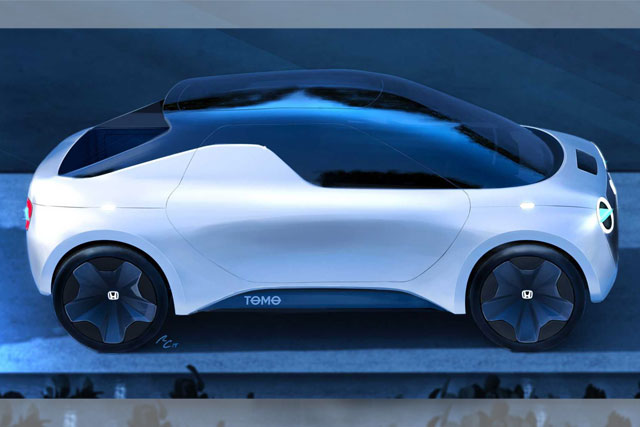 According to the General Manager styling design Division at Honda R&D Mr. Taku Kono, this new design is all about the feasibility it will provide to the people.

Honda always prefers to add fun in the lives of people and also creativity so this new concept will give the freedom to move from one place to another easily.