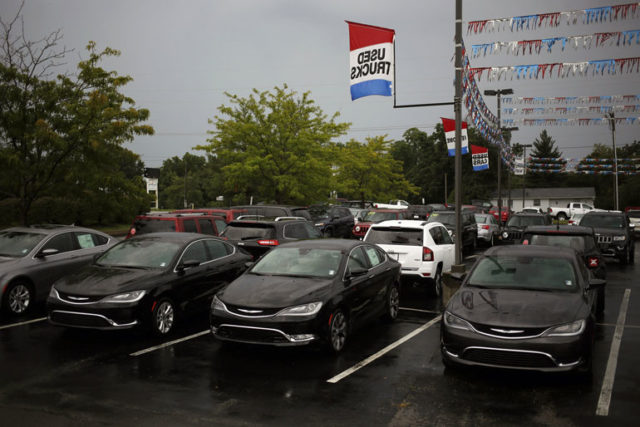 If you have seen the prices of the 2019 cars, trucks and SUVs rolling off the assembly lines in Detroit, Japan, and Germany, and didn’t go into instant sticker shock, you have too much money. Because the rest of us nearly went into cardiac arrest!

The prices of new cars have reached never-imagined levels as some models now costing what small homes can cost in many American cities. Consumers are disgusted, and critics suggest the automotive industry is out of control and headed for its own economic collapse. An automotive industry bubble.

One of the factors some industry experts point to is the incredible rise in popularity of branded title vehicles. For those of you not “hip” to the new term “branded”, this is essentially the salvage title cars of yesteryear. But with one huge difference- modern technology.

Today’s salvage title vehicles are in the hands of rebuilders, who are using the latest and greatest technology in automotive construction – or in the case of branded title cars – RE-built. Computers, lasers, robots and other advancements of modern automotive technology, allowing automotive rebuilders to return a damaged vehicle to levels rivaling factory specs; in some cases even better.

The result has been a boom in sales of branded title cars, trucks, SUVs and minivans to sophisticated buyers who seek like-new cars but refuse to pay the ransom price the new car manufacturers are demanding.

Nowhere is this trend more obvious than through the growth of a little-known chain of car dealerships known as AutoSource. This Utah-based chain of dealerships ONLY sells branded title cars, trucks, SUVs and vans. While the major automotive manufacturers were trying to downplay the rising popularity of branded title vehicles, the geniuses behind the scenes of AutoSource were selling tens of thousands of…you guessed it…..branded title vehicles! Not only that but opening new dealerships as fast as they can secure the real estate. What started as a little car lot in Utah is starting to look like they may be building towards world domination!

Having now spoken to several “sources” in and around Detroit, I can confidently say, the big automotive manufacturers have taken notice… and they are nervous, to say the least.

The rise of the modern branded title vehicle makes it increasingly more difficult to convince a car buyer to pay thousands of dollars more for a new car, when a branded title car is virtually new, has shockingly low miles, is eligible for traditional financing and warranties, and can be purchased for as much as 30% BELOW market value!

It begs the question- why would anyone ever buy a brand new car ever again? Much to the frustration of the big automakers, more and more buyers are now simply saying, they won’t.