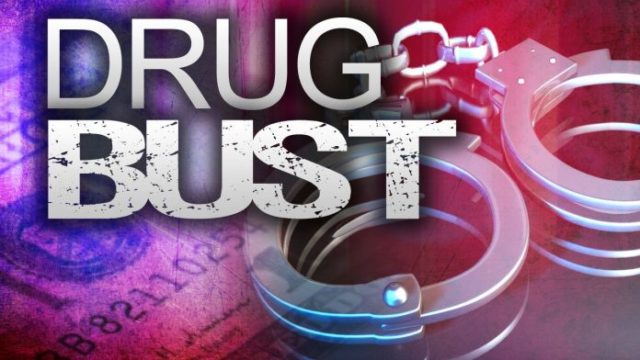 Two men from Alabama face drug-related charges in Sequoyah County District Court, Sallisaw, after an Oklahoma Highway Patrol (OHP) trooper stopped them from speeding on Interstate 40 and found over 30 pounds of alleged marijuana in their pickup truck.

Brian Charles Maples, 56, of Birmingham, Ala., and William Thomas Trott, 24, of Quinton, Ala., were both charged in district court Wednesday with trafficking in illegal drugs, a felony, and unlawful possession of drug paraphernalia, a misdemeanor.

According to the OHP trooper’s report, he stopped a Toyota pickup truck at about 8:48 a.m. March 11 for traveling at 74 miles per hour in a 70-miles-per-hour zone near the 301 Mile Marker. The trooper noted that the driver, Trott, and the passenger, Maples, appeared nervous. Trott did not give the trooper permission to search the truck but did give permission for the trooper’s service dog to sniff around the truck. The dog alerted to the odor of narcotics and the trooper found 37 vacuumed-sealed bundles of green leafy substance in the truck bed. The substance field tested positive for marijuana.

Maples bond was set at $20,000 and his next court appearance will be March 23 before Associate District Judge Kyle Waters.

Trott did not have a bond listed.