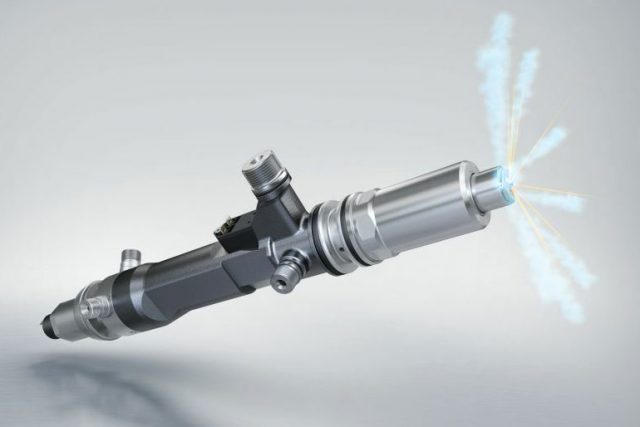 So the necessity forces researchers to innovate a system that makes drive reliable and affordable. A fuel injector is one of the modern inventions which boom the field of the automobile industry.

What is Fuel Injector?

A fuel injector is defined as electronically controlled mechanical equipment. It is usually placed at a particular angle to inject just the right amount of fuel into the engine’s combustion chamber.

Fuel injectors are designed to be open and close many times per second. The position of the fuel injectors might be different for different engine designs. They mounted on the engine head with a tip inside the combustion chamber of the engine. They control the fuel to air ratio in a way to be perfectly combustible.

Why We Need Them?

Fuel injectors are modern technology that is now a day’s basic necessity of all automobile vehicles.

In the internal combustion engine, the quality of the fuel-air mixture indicates the better efficiency of the engine. To get the engine’s high efficiency, we need fuel injectors that provide better air-fuel mixture quality than carburetors.

Carburetors provide improper air-fuel mixing, which leaves various unburned particles inside the combustion chamber. Engine issues like detonation or knocking arise due to the improper mixing of air-fuel mixing. Almost all vehicles now a day’s use fuel injection technology to avoid damage to engines.

To make vehicles economical, adopting fuel injection technology is essential. The improper mixing of air-fuel causes the wastage of fuel to inform unburned carbon particles inside the combustion chamber. That un-burned particles directly relate to the mileage of the vehicle.

The invention of fuel injection technology gave rise to various arrangements for the combustion engine.

The types of fuel injectors are categories as.

1. Based on Fuel Metering

Question arsis what is metering?

Metering is used to control the speed, quantity, and pressure of the fuel. Based on metering, fuel injectors are of 2 types.

In this type, as the name suggests, the fuel speed, quantity, timing, and pressure are controlled with the help of spring and plunger mechanically. It takes the input from the cam and fuel distributor.

This type of fuel injector electronically controlled all its working. It controls the quantity, speed, pressure, and timing with the help of an electronic solenoid. It takes the input from the electronic control unit, which is an advanced one, or from the fuel distributor.

Based on fuel, the fuel injectors are of 2 types as.

These fuel injectors inject the diesel directly into the diesel engine’s combustion chamber for further combustion by compression.

The diesel fuel injectors are made to form a diesel packet while sparing the fuel inside the combustion chamber. These fuel injectors required higher injection pumping than the other injectors as diesel is a heavier liquid.

These fuel injectors inject or spray gasoline through the intake manifold into the combustion chamber for further combustion by a spark.

The capillary and nozzle of these injectors are engineered smaller than the diesel fuel injectors. Gasoline injectors required less injection pumping than diesel injectors, as gasoline is lighter than diesel.

The constructional design of fuel injectors easily understand by a pretty excellent example is the garden shower nozzle. It is used to spray water over grounded grass; a fuel injector uses the same phenomenon. The only difference is that fuel is injected instead of water inside the engine.

The injector body is the shell inside which all the parts of the injectors are arranged. It holds a precisely designed capillary through which pressurized fuel from the fuel pump can flow for further spray.

How Does A Fuel Injector Work

To understand the behavior of the various parts of the fuel injector, let’s consider the mechanical and electronic fuel injectors to fulfill that purpose.

When the cycle is completed according to the input given by the fuel distributor, as a result, the pressure decreases; the plunger spring retains its initial position, and the spray of the fuel stops for that cycle.

After completion of the cycle, the electronic signal from the ECU stopped. The plunger returns to its initial position, resulting in closing the nozzle and stopping the spray.

A fuel injector is an excellent innovation of engineering. It solves the problem of delivering the exact amount of fuel for combustion. Compared to the carbureted engine, the fuel injector helps the automobile industry achieve better transient throttle response and better efficiency.

In fuel injectors, the valves allow more fuel to flow quickly, which could not do by carbureted engines.