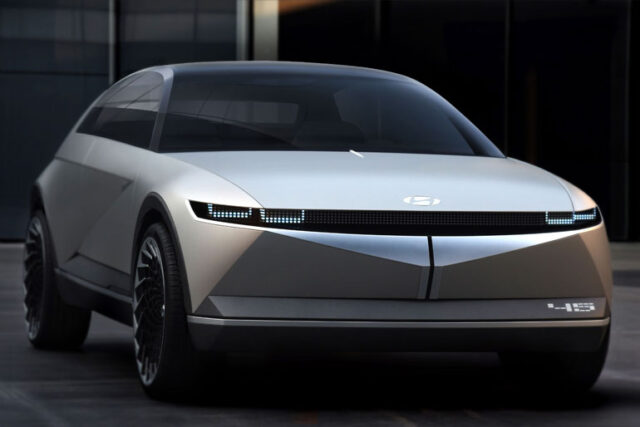 Hyundai is going to launch an electric vehicle named as 2022 Hyundai Ioniq 5, which will be available early in 2021. The Ioniq 5 is a midsize all-electric CUV and based on the 45 Concept.

Furthermore, the company has also added thatIoniq 5 will be followed by Ioniq 6 and Ioniq 7 within the coming couple of years. If you want to know about the features, performance, and price of Hyundai, Ioniq 5 continue the reading. And know all about the specification of this vehicle.

Hyundai has confirmed the name of their upcoming electric vehicle, and it will be the 2022 Hyundai Ioniq 5. And the new features which you will find in Hyundai Ioniq 5 are the following: 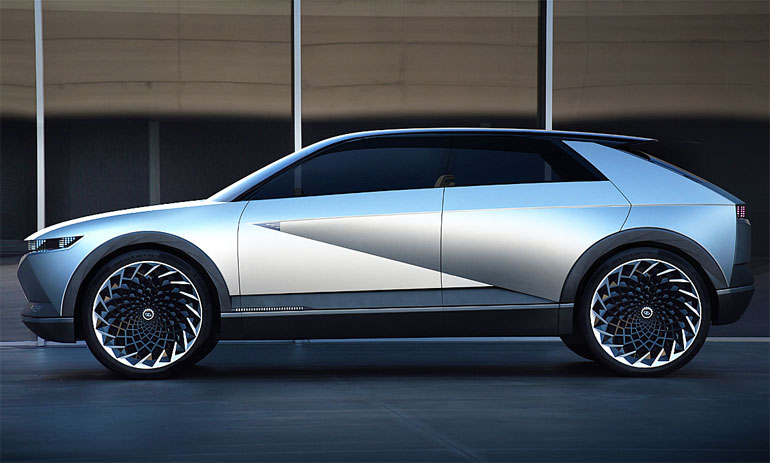 The new 2022 Hyundai Ioniq 5 will have a completely bespoke design which will look different from anything which has earlier been introduced by the Korean brand.

The vehicle will come with Concept 45. The users will find a front bumper with slim headlights, without any fake grille. The sides will have a pair of creases and an angular door pillar towards the back, which sits beneath the contrasting black roof.

Furthermore, the 2022 Hyundai Ioniq 5 will come with a set of simple brake lights, set in the black recess just below the rear windscreen. As you know, it is an electric car; so there will be no exhaust either real or fake.

Hyundai is at the final stage of testing and will be soon in the market. The development of the electric car codenamed Hyundai NE EV built on the E-GMP platform and based on the Hyundai 45 Concept and Hyundai Pony.

It is known as Hyundai 45 Concept because it will reveal it on the 45th anniversary. The Hyundai Ioniq 5 will be the first dedicated EV of Hyundai.

Hyundai has already offered the EVs in the form of battery-electric Ioniq Electric and Kona Electric and fuel cell-electric Nexo. Well, Ioniq 5 will be the automaker’s first vehicle based on a platform designed especially for the battery-electric cars, called the Electric-Global Modular Platform (E-GMP).

The technical information regarding the 2022 Hyundai Ioniq was reported in May. According to the latest reports, CUV has a length of 4,635 mm, width 1,890 mm, and height of 1605 mm.

The E-GMP cars come with flat floors. The users can turn the cabin into the living space with augmented reality and Virtual reality. 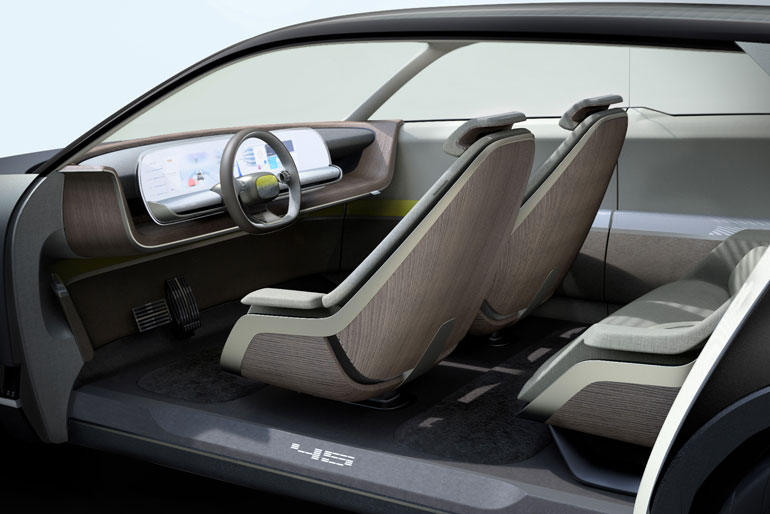 The exterior design shows a clear reflection of the Concept 45 and has crisp lines and angular surfaces. The sliding doors have been replaced by the traditional units, as compared to Concept 45.

The cameras replace the regular rearview mirrors. The front of Ioniq 5 has a Kinetic Cube lamp design, and do not have any large grille. The side profile of the Hyundai Ioniq 5 shows sharply ranked A- and B-pillars, along with low-slung silhouette and short overhangs. And the tail lamps follow the cube designs.

The 2022 Hyundai Ioniq 5 has been built on an electric platform, and comes with five benefits from a spacious interior; the credit goes skateboarding layout.

The dashboard comes with a large digital screen, which can integrate both instrument clusters and infotainment.

The 2022 Hyundai Ioniq 5 will have many fantastic features. For instance, Hyundai Ioniq 5 has driver assistance technologies like automatic emergency braking, and rear traffic assist, and lane-keep assist.

Beside it, the other features include ambient lighting, heated seats, wireless charging for the devices, and Apple CarPlay & Android Auto connectivity. The Hyundai Ioniq 5 also has a 360-degree view camera system.

The Hyundai Ioniq 5 will have two options concerning battery pack; 58 kWh and 73 kWh. And both of them will offer it 350 km and 500 km, respectively, which put it at the top of the Hyundai’s current electric vehicles.

The batteries developed by the SK innovation will support the fast charging up to 400 kW, which will support NE to get charged to 80% capacity, just in 12 minutes.

Hyundai has launched 350 kW Hi-Charger last year, which can charge the battery within 20 minutes. And now they have launched the two Hi-Chargers.

The 100 km range can be obtained, within 5 minutes With a combination of Hi-Charger and high voltage system. The 2022 Hyundai Ioniq 5 will come with V2G and will use it as the electric power source.

According to the Hyundai, 2022, Hyundai Ioniq, 5 is the future of the Hyundai electric cars. The car will come with a small electric motor at the front side and another powerful motor at the rear side.

The car was spotted while charging under camouflage at a charging station in South Korea; in April.

The Hyundai has confirmed that 2022 Hyundai Ioniq 5 will come in the market in January 2021.

The Hyundai Ioniq 5 will be the first from five vehicles, which will ride on the new platform of E-GMP and come with a price tag of $450000. The vehicle will show more performance than Kona Electric, which starts from $40000.

The 2022 Hyundai Ioniq 5 will be an all-wheel-drive as compared to Kona EV, which is only front-wheel drive. Recently, in a testing test, the electric vehicle will come with many twist performances.

Furthermore, after the launch of the Hyundai Ioniq 5, the Ioniq model will also be launched. The third model from this series has been named as Ioniq 7, while this concept has not previewed a larger SUV.

Before launching the other two models, Hyundai aims to concentrate on Ioniq 5. And if this model performs well and achieves a very high success in the market, Hyundai will launch the remaining models within the coming couple of years.

The 2022 Hyundai Ioniq 5 will ride at the platform of E-GMP, based on the concept 45. The Ioniq 5 is the first model from a new series of electric vehicles, introduced by the Hyundai. Furthermore, according to Hyundai, Ioniq 5 will show excellent performance and will get tremendous success.