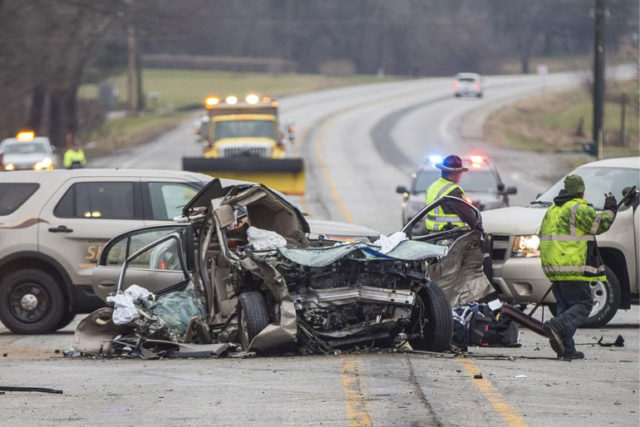 The advent of the telephone has brought blessings and at the same time increased vulnerability to accidents on the road. It remains one of the major causes of attracted driving on the road. A message, an alert, phone call, an email, and so many other things might pop up momentarily, and we are compelled to for a moment check. These few seconds of checking has resulted in a lot of fatal incidents on the road and still does. One of the secondary effects of this is being charged for a criminal offense. Driving lessons Dublin is an excellent platform to learn driving beyond errors leading to fatal accidents.

A criminal charge can be said to be a formal accusation by the government against the conducts of an individual. The document usually asserts that a crime indeed has been committed. They can generally go along with one or several counts or charges. The accuser is often a prosecutor and in some cases could be the police. The statement might not be proven yet. Eventually, the person is convicted after a fair trial and then accorded the appropriate punishment.

Distracted driving, however, is not limited to texting or generally using your phone while driving alone. It also involves

The most distracted driving, however, is the one related to using cell phones while driving. Deaths occur every day due to this reason and injuries too daily.

The case of criminal charges while driving occurs when you injure or kill people while driving due to distractions. You are likely to face charges tagged homicide or criminal vehicular operation. Your negligence has to be proven for this charge to be valid but negligence, as it were, is quite easy to prove.

How do you, in reality, explain that you were involved in a necessary activity while driving. That’s the only logical explanation for distracted driving. The law does not accept this “logical” explanation in so many places of the world as enough reason to endanger lives. The reason for this is quite apparent, a lot of lives have been lost due to distracted driving, and it would be equivalent to permitting the life-endangering act if strong legislations are not against it.

Here are some statistics to show you the harm it has caused in the past;

It is obvious why it is considered a big issue. In America alone, 47 states consider it a crime. EDT driving lessons Dublin clearly warns against it.

Though, whether a criminal charge can be levied or not depends on the jurisdictions guiding driving on the road.

If we were to place texting as a form of distracted driving with being drunk while driving, shreds of evidence would reveal that texting while driving has worse consequences than drunk driving. We have more phone users than people who drink.

Alcohol and texting are almost synonymous with performing a reflex action as breathing these days. The statistic which backs up the harm claims levied against texting as a form of distracted driving makes you eligible enough for a criminal charge. Laws may differ from state to state and questions are that should distracted driving have a similar punishment and consequence?

Let’s take a look at this scenario, similar to situations that have occurred before:

John walks out of his house, standing beside the road, apparently trying to get to the other side of the road, Mark who had been on his phone had lost mental awareness hits John while engrossed in texting. John dies.

Was there anything on Mark’s phone that could justify killing John? Obviously, neither of the affected parties should ever think so and the law too in some places would never think so; thus it becomes a criminal offense.

According to globalnews.ca “Andrew Gowing, a spokesperson for the federal justice department, said most provinces and territories (except for Nunavut) have penalties for distracted driving, and criminal charges can be laid when cases reach a level of dangerous or careless driving.”

These facts show that criminal charges could be potentially levied against you if you ever were found guilty of committing a distracted driving offense.

As we have asserted earlier negligence on the path of a distracted driver is very easy to prove by the state. Of course, nobody goes out intending to take another person’s life. It all happens by mistake. When this mistake is caused by distracted driving, even though you did not have the intention to kill anyone or inspire any harm, INTENTION can be included in the law court. The implication of this is that you will be charged for intentionally causing the damage. Though, the intention was never present at first.

It is important to note that what makes a crime a crime is the fact that it has been stipulated by law that the particular act is a crime. In some countries of the world, adultery is a crime while in some as much as it might be morally wrong, it is not a crime. Distracted driving, however, is present in many criminal codes of different countries of the world. Let’s take a look at this criminal code of a particular country.

After negligence has been proven, here’s what the criminal code of a country has to say about distracted driving;

“Any person who in a manner as rash or negligent as to endanger human life or to likely cause any harm to the other person” is eligible for a criminal charge.

The person, in this case, hasn’t necessarily caused any harm. What if any death or damage of properties occurs? The obvious consequence is the presence of other charges like manslaughter which is a criminal offense.

On a final note, distracted driving could be attracting a criminal charge. The possibility is very high. This is because negligence can on most occasions be easily proven and cases and the rate of deaths and unfortunate events wrought by distracted driving continues to be alarming. It is prudent, to do away with all forms of distractions on the road.

How To Extend The Life Of Your Car In New York...

How To Extend The Life Of Your Car In New York...